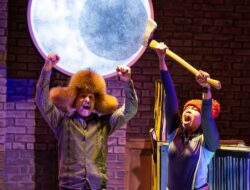 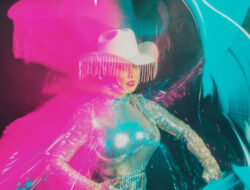 Tanzer’s “Fantasy” Is An Ode To Doomed Love…And, EuroKitsch...

Here’s an underserved community who doesn’t get enough attention…LGBTQ+ Asian Americans. But, a new film from Hulu will help change that a little bit.

But, this is a very modern and contemporary take on the material centering around ” two best friends who set out to have a legendary week-long summer vacation with the help of cheap rosé and a cadre of eclectic friends.” It’s set in the super sexy gay summer beach resort, Fire Island Pines but we’re guessing it’s a bit more PG-13 than “Boys in the Sand”.

The film is directed by Andew Ahn, known for the film “Spa Night” and stars a lot of very sexy gay Asian actors including Joel Kim Booster, SNL’s Bowen Yang and “How To Get Away With Murder” star Conrad Ricamora along with the also very sexy (and out) Matt Rogers, James Scully and Nick Adams. Beloved comedian Margaret Cho also stars in the comedy.

The film was originally created to be a series for Quibi but after that fledgling network kicked the bucket, it was reworked into a film project.

Check out all the photos they just released.