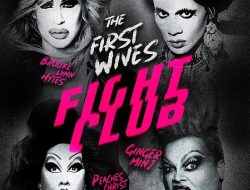 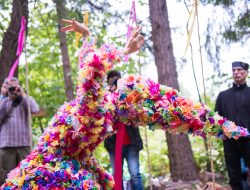 Is Marvel Going To Bring A Gay Asian Character Into The MCU? There are reports that Marvel Studios is wanting to cast an out gay Asian male actor for a lead role in its upcoming film The Eternals. ABC-TV’s How To Get Away With Murder star Conrad Ricamora is rumored to be the front runner for the role.

The Eternals is a 1976 Marvel comic book series created by Jack Kirby that centers on some very powerful and almost immortal beings created a very long time ago by super cosmic entities known as the Celestials who created the “good guys” known as the Eternals and the not so good guys known as the Deviants. (Find out more about the Eternals, HERE!)

Apparently, the current Big Bad in the MCU, Thanos, who laid waste to a large chunk of the world in Infinity War and the very soon to be released Endgame, is a Deviant, if that helps you wrap your mind around this new series of films. Since The Eternals is one of two films post-Endgame to begin Phase IV of the Marvel Cinematic Universe, it’s set to start filming this summer to be released in 2020 along with Black Widow, which is to star Scarlett Johansson, Florence Pugh, Rachel Weisz and Stranger Things star David Harbour who needs a film hit after the poor reception to his just released Hellboy.

So far, it looks like The Eternals has snagged Ma Dong-seok (Train to Busan) Angelina Jolie and Kumail Nanjiani to appear with Chloe Driver (only the second woman to direct an MCU film) already signed to helm the picture that has a script by Matthew Firpo and Ryan Firpo. It’s also rumored that Keanu Reeves is being pursued to play the villain, Druig.

The Eternals is part of Marvel’s plan to introduce new characters and new teams to the Marvel Cinematic Universe, much like they did with Guardians of the Galaxy, which was also a lesser known Marvel series that became a huge hit as a film.

Ricamora would be a great choice to head a new film franchise. The popular actor has fans from How To Get Away With Murder as well as Seattle area fans who enjoyed him when he appeared here in Here Lies Love, the David Byrne musical about Imelda Marcos that was produced at Seattle Repertory Theatre in the spring of 2017. Ricamora did an interview with our own Teriyaki Temple that you can check out HERE!