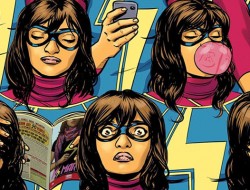 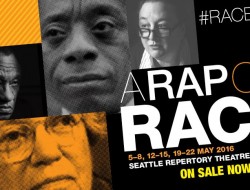 Spectrum And Seattle Rep Team Up For “A Rap...

What can I say about this film that won’t make me vomit vibranium?

Please, go see it to be entertained by yet another Marvel movie. It has everything the MCU has given us for the past fifteen years: patronizing music meant to be inspirational/profound, peppered humor, superhero landings, and enjoyable action sequences. What it lacks is meaning.

Without having read the Civil War comic series, I saw this as a stand-alone, though of course having the entire MCU arsenal on hand. If someone has been living under a rock, however, and not seen all (I mean EVERY SINGLE ONE) of the Iron Man movies, that person should assuredly not go with their nerdy friend to opening night. In fact, this should’ve been called Iron Man 4: The Breakup.

As a New Yorker, I laughed before everyone else when Captain America met Peter Parker from Queens. I won’t spoil the joke for you.

As a lover of film and comic book stories on screen, this left me feeling hollow. There was a longing to see the kind of friendship between Bucky and Cap that we’ve seen from Kirk and Spock. But there’s been no Avengers or Cap film so far to prove that friendship to me. Yes, Steve is loyal. Every soldier or friend who’s been in combat together will be loyal. I have yet to see why Rogers goes out of his way for a brainwashed friend, at least on screen. Why can’t I care? Because if Bucky were a female character, he’d be a damsel in distress. Over and over again.

Don’t get me wrong. You will be entertained, just like the rest of the Marvel-loving masses. But you won’t exit the theater feeling like you learned anything new about the characters, that there was an actual plot, or that there’s a decent setup for a future Avengers movie. For all its summer flick fun, Civil War probably should’ve been released in July. There are, nevertheless, some wonderful action shots, and Black Widow finally gets some truly decent fight scenes. Hope you don’t get sick of seeing Cap’s shield in action. Oh, and for lovers of the male form, there’s a nice little gratuitous fan service shot on Rogers’ biceps for an extended moment.

Again, this is NOT a Captain America film. Tony Stark got the most screen time and has the most learning to do. We have to use our brains a bit to realize why he might be acting the way he does; personally, I didn’t see enough reason, and it came off like he had dumbed himself down in the absence of his girlfriend. Truthfully, there was some lazy writing involved, including adolescent trauma and vengeance motivations somewhat uncharacteristic of the Tony Stark we’ve come to know in the MCU. I will say it is a good thing that by this point in the Avengers timeline/canon, the characters are who they are, and the actors are comfortable with how to play them. It was kind of like watching a long-running TV series and suddenly in season five the characters can make fun of themselves. We see some decent development with Vision and Scarlet Witch, to the point where they almost steal the show. Honestly, Black Panther actually steals the show. If you don’t walk away from this film completely intrigued to see Black Panther (11/3/17), you’re a soulless being. The way T’Challa was written, and the actor’s performance to boot, is one of the few aspects that makes this film watchable. His is the only character that activates the synapses, and even then only slightly.

The writers and crew miss some golden opportunities to create something more than the sum of its parts, it seems. A problem is presented as well as a solution, utterly spoonfed to all. Yet the film falls short of giving gravitas to the politics and social statement such a quandary would lend itself to exploring. I’m not expecting DC-style thematic heavy-hitting, but just a little profundity wouldn’t hurt.

Random note: The guy who plays Father Stark (John Slattery) was Roger Sterling on AMC’s Mad Men. If there’s any better personification of mid-20th century New York out there, I have yet to see it. Excellent casting choice there. (He’s reprising the role from Iron Man 2 and Ant Man.)

If you want to see bros punching bros, by all means have fun. This is a popcorn flick. It seems Marvel is spending more of its creative resources elsewhere; in which case we can hold our collective breath. I, for one, am more anxiously awaiting X-Men: Apocalypse. At least Bryan Singer knows what he’s doing, and we know what to expect from him.

It’s ok to wait for the rental on this one, folks. Or go enjoy the matinee price.