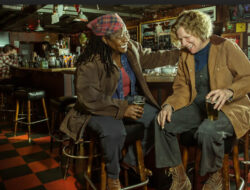 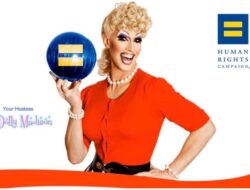 Review: “Afterwords” Is A Show With Great Heart and Lovely Songs But…

I’m super late writing this review for many reasons but chief among them is the fact it’s a tough show to write about it. As I’ve written in the past, raves are relatively easy to write (although you do run out of superlatives to use) and outright pans of terrible shows aren’t that hard (there are tons of fun negative sounding words to use in the English language!) but the in-between shows that have some good stuff and some not so good stuff…those are more complicated.

The show in question is the 1,209th new musical from The 5th Avenue Theatre which is a gross exaggeration but the 5th Avenue REALLY likes to brag about all the new musicals they’ve produced over the last 20 years even though quite a few of those shows have been really awful (Secondhand Lions and Bliss…ouch!) while a couple went on to win Tony Awards (the “really? that won the Tony?” Memphis and the delightful Hairspray).

The 5th’s current new musical seeking the bright lights of Broadway and eventually making potloads of money being produced by high schools and community theaters around the globe, is AFTERWORDS, a show with a long history of development in the Seattle area including previous workshops at Village Theatre in Issaquah and also at the 5th Avenue. It’s the collaborative creation of three women: bookwriter Emily Kaczmarek, composer/lyricist Zoe Sarnak and director Adienne Campbell-Holt with Sarnak originally conceiving the piece after experiencing a death in her family.

And, that’s the main premise of Afterwords…dealing with the loss of important people in your life and what happens…well, after they’re gone and how the surviving family and friends cope with the grief and figuring out to how to honor the people they’ve lost while getting on with their own lives. Afterwords opens with the funerals of two people; a mom being mourned by her two artistic daughters, and a male journalist chiefly mourned by his protégé, a young female journalist. Not surprisingly in a piece of narrative fiction, those two storylines quickly intertwine which leads to the first problem of Afterwords…it all feels pretty phony and fake, a endless series of coincidences and implausabilities and much suspension of disbelief.

Now, that can be said of a great deal of literature, entertainment and art and Broadway musicals….I mean, every plot devised by Dickens is a bit unlikely but to his defense, he also INVENTED a lot of plot devices and tricks used today so he had the advantage of being original with his use of implausibility. With Afterwords, it mostly feels like a retread of every “Lifetime Television for Women” movie you’ve ever watched. And, I don’t really like making that comparison, because frankly it can come off as misogynistic when discussing a piece of work created by women with a women led cast but…it’s also not an inaccurate comparison for this material. This show is centered on women dealing with issues of motherhood, and sisterhood, and romantic relationships both heterosexual and lesbian, and the difficulties of navigating the workplace, especially a male dominated workplace and artistic expression and…

A lot. The show deals with a lot of stuff and all crammed into about 2 hours and forty minutes with 17 songs in it plus reprises. Which leads us to the first positive aspect of Afterwords…it has some lovely songs in it! Which is fortunate since one of the main characters in the piece is a singer/songwriter and obviously music is integral to a musical but it’s also a rare thing nowadays where so many new musicals DON’T have very good songs in them. There’s a clunker or two but Zoe Sarnak has also created songs that SOUND like actual good songs you might hear Rihanna or Taylor Swift sing on the radio, er, Spotify! “Lonely-Hearted People” is the song that the singer-songwriter character Kali writes as a potential hit song for her charactor to perform and it really sounded like a hit song!

And, this show does have heart and great warmth. You generally care about the lives of these people. The center core of mom Lydia, singer/songwriter Kali and artsy daughter Simone is a trio we can feel empathy for. For that matter, the lead of the other “storyline” is Jo, the young reporter dealing with PTSD after losing her mentor Jimmy in the Middle East, is also a likeable and compelling character. She even has an adorable gay sidekick named Franklin, we can root for.

The problem is that while the characters are all lovely, the stories and relationships that BIND all these people never arise above cable TV movie land. Mom Lydia is, of course, an alcoholic (albeit an alcoholic whose alcoholism seems to come and go as the plot needs it). Kali who we’ve been told is a rather successful musical artist who tours and has a Grammy nomination, is also agoraphobic and…autistic? We know she has “Voices” because…well, we SEE them! Kali’s voices are presented ON STAGE and they come alive during various musical numbers in the show. The four actors and dancers who portray these voices/her talent are all very good but the concept of it all seems…jejune. Like a supposedly bright idea a 19 year old in performing arts school would come up with but the professor would make a frowny face and gently shake their head when the student came up with it.

There’s other plot devices that don’t work very well either…Jimmy is a famous “war correspondant”. Do we still have those? It seems like a device out of very old 1940s movie with Joan Crawford or Claudette Colbert. And, the intertwining of the two plots is…well, it’s very, very contrived. And, unlikely. And, raises many questions but to talk about them would “spoil” the plot. So we won’t.

The show is also criminally long and becomes very repetitive in its second act. I think the material is doable as a subject for a stage musical but it either needs to be a taut 90 to 100 minute long one act show, or maybe an hour long first act/45 minute long second act kind of show. There’s currently too much ‘after’ and way too many words as well.

On the plus side, it’s handsomely designed with a clever turntable unit set that features the rather unbelievably grand home of the mom/two daughters plus the offices of a magazine in Manhattan and even war torn Iraq and all designed by Carey Wong.

The cast is terrific led by Mari Nelson as the mom with Kerstin Anderson as arty lesbian daughter Simone and understudy Eliza Palasz filling in for an ailing Andi Alhadeff as the agoraphobic singer Kali. The trio seemed like a believable family unit albeit in an rather unbelievable plot.

For the other plot thread, it’s well led by Anastacia McCleskey as Jo, the spunky young reporter determined to get to the bottom of her mentor’s story. She has a terrific belt and an appealing stage presence and very much added a welcome sense of energy to a show that tended to bog down in the second act. And, as that mentor, Brandon O’Neill was his usual dreamy self as the rough but not that tough war journalist with a secret or two.

And, although saddled with a rather stereotypical “sassy gay sidekick” role, Saxton Jay Walker made the most of it and provided much needed levity and charm to a show that can frequently be heavy going.

So, it’s not a show I can really pan or really recommend. It has things going for it, (charming cast, some lovely songs) and some things against it (a clunky plot full of contrivances and stereotypes; far too long).

It’s entirely up to you to make up your mind what you should see…a nearly 3 hour musical about a grief or staying home to watch “Schitt’s Creek” for the 23rd time.