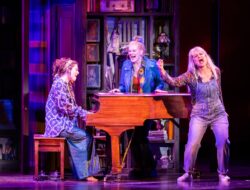 Review: “Afterwords” Is A Show With Great Heart and... 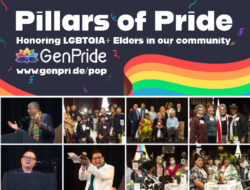 Like everything else on the planet, the popular annual BOWLING FOR EQUALITY event, a fundraiser for the Human Rights Campaign of Seattle, had to take a long break due to Covid. It returns…with “no time to spare” (ha ha! get it? ‘spare’) on Saturday, May 21st at its usual location at West Seattle Bowl over in…West Seattle.

It’s the 18th running of this fun fundraiser complete with the return of West Seattle Drag Diva, DOLLY MADISON as hostess. You also have two time slots to choose from on May 21st….a 3pm to 5pm slot they’re advertising as “family friendly” and then a 6pm to 8pm slot.

Note: Dolly will be around for the evening slot only.

Of course it seems silly since most kids swear like drunk sailors on shore leave but…appearances must be kept!

Mo’ poo on this year’s event including an opportunity to RSVP and let’em know you and your potty mouthed kids will be coming!