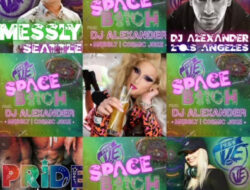 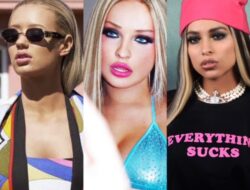 I’ve been waiting for this…every year during Pride there is some sort of scandal or controversy or feud. Since we’re already actually IN Pride Week, I was starting to wonder if maybe this year we’d skip any major drama.

Foolish, foolish me for thinking that positively! I should know better!

This year’s Seattle LGBTQ Pride month drama involves…Seattle Pride itself, aka “Seattle Out & Proud” the group that produces the annual LGBGTQ Pride Parade in downtown Seattle, and the Seattle Police Department.

It all started earlier in the month when Seattle Pride told the Seattle Police Department that LGBTQ Seattle Police Department officers wishing to march in the 2022 Seattle Pride Parade could not wear their uniforms but would have to do so in “plain clothes”. The reasoning for this request…it would be a sign of respect for the LGBTQ+ community “which has experienced much trauma at the hands of uniformed officers over a long history of criminalization of queer people and police violence against marginalized groups.”

Seattle Pride says their request was based on a May 2021 community survey in which more than 1,300 community members asked that police not be allowed to march.

The Seattle Pride Parade draws thousands of people together to celebrate our region’s vibrant and thriving LGBTQIA+ community. Since 1994, the Seattle Police Department’s LGBTQIA+ sworn officers and civilian employees have proudly marched in the parade – in their SPD uniforms and insignia – to celebrate their personal and professional selves. They’ve marched, while acknowledging the pain the policing profession has inflicted on the LGBTQIA+ community in the past, and that all law enforcement can do better, including SPD.

However, earlier this month, the Executive Board of Seattle Pride announced, “Due to the history of Stonewall Sunday and the fact that Pride was birthed from a riot against police brutality, Seattle Pride will not permit police uniforms, police vehicles, any police insignia, or police propaganda to walk in any parade contingency.”

The Executive Board’s decision, described as “discriminatory, demeaning, hateful and antiquated” by SPD Missing Persons Unit Detective Aimee LaClaire, has been met with sadness by SPD’s more than 100 LGBTQIA+ officers, commanders, and civilians, many of whom proudly walked in the parade annually with colleagues, family, and friends. The Executive Board’s decision is especially hurtful because other city workers will be allowed to participate in uniforms or insignia that identify their department, but not SPD.

Lieutenant Douglas Raguso, an 18-year SPD veteran assigned to Operations Command said SPD “would not be where we are today without Stonewall,” citing the department’s progress on LGBTQIA+ representation and rights.

Detective LaClaire also acknowledges the pain of Stonewall, writing in response to the Executive Board’s decision, “as a lesbian cop, I have embraced the turbulent history of my identities and when they have intersected. I am proud of the progress. When my wife and I got married, when we were finally afforded that privilege, we chose June 28th as our date. This was to honor the gay rights movement and the significance of the Stonewall riots. We did this despite the fact that I am a cop. I would expect the gay pride board members would be evolved enough to allow me to march in the parade despite the fact that I am a cop. In fact, they should honor the progress that has been made by the sacrifices of those before us. They should be proud that there are so many gay members within the rank and file of the Seattle Police Department. They should feel honored that we want to march with the community members we have sworn to protect and serve.”

Diaz went on to state that SPD would obviously staff the parade on Sunday, meaning that on duty police officers will be there for public safety and crowd control. But, he also announced that per the Seattle Pride Executive Board’s decision no Seattle Police Department employees will march IN the parade as participants.

In other words, the SPD is declining to march because they can’t wear their uniforms.

Seattle Pride responded to their statement with their OWN statement:

As we prepare to celebrate Seattle’s LGBTQIA+ community this weekend, we were disappointed to receive a letter from interim Seattle Police Chief Adrian Diaz calling into question our request that law enforcement officers participating in the Seattle Pride Parade do so in plain clothes, not in uniform, as a show of respect for the LGBTQIA+ community which has experienced much trauma at the hands of uniformed officers over a long history of criminalization of queer people and police violence against marginalized groups.

As we explained in our communication with Seattle Police Department, our decision is based on the very real lived experience of our community, and informed by a May 2021 community survey in which more than 1,300 community members – who are the focus of this celebration – asked that police not be allowed to march. Given the long history of tension between our community and law enforcement, the letter we received from SPD highlights a lack of understanding ​and blatantly disregards the concerns of our larger community​ – and highlights why so many Pride organizations here and nationally are ​restricting uniformed police participation.

By opting to post this letter on Twitter and to the SPD Blotter, the SPD ​effectively put a spotlight on the LGBTQIA+ community for those who share ideologies with hate groups, and is inviting a repeat of targeted threats and violence against ​our​ community as we prepare for our first in-person celebration in three years. Rather than holding a public response until after Pride Weekend or accepting our offer to continue discussions in hopes of improved relations, SPD opted to inflict further damage to any trust that remained rather than protect the greater Seattle community and those most at risk within it.

So, all of this has us asking questions.

And, Seattle Pride being huffy and claiming that SPD is endangering the public by making this story public is rather…melodramatic.

Both sides seem a bit childish.