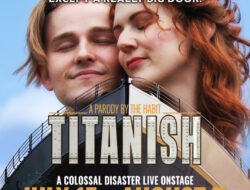 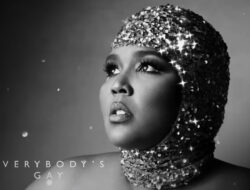 Legendary out gay musician BOB MOULD, guitarist with seminal 80s band, Hüsker Dü, had to bow out of a scheduled show in Seattle this past spring but he’s now set to return to The Triple Door on July 30th.

Today, Bob Mould announces a July 30th make-up show in Seattle, WA and new run of shows in September. The new leg travels from the Rocky Mountain states to the Southwestern US and Texas; from Bozeman, Montana to Austin, Texas. The previously announced dates for the tour begin October 7 in Louisville, KY. Will Johnson will provide support for September shows and H.C. McEntire will return to the tour for October. See below for a full list of dates. Tickets and more tour information are available HERE.

This past spring’s North American tour came after the release of The Ocean, a new EP featuring three solo acoustic live performances available now via Merge Records at all DSPs and streaming services HERE. Also available now is Distortion: 1989-2019, a box set chronicling Mould’s solo career and work in the band Sugar over 18 studio albums, 4 live albums, and 2 albums of rarities and collaborations. More info HERE. This fall, Mould resumes US touring to complete a nationwide 2022 touring calendar.

Mould’s live shows will span his entire 40+ year career, including songs from the Distortion collection and from his landmark band Hüsker Dü, as well as songs from last year’s explosive and critically acclaimed album Blue Hearts — about which Rolling Stone’s 4 out of 5 star review raved, “feels like a lost Hüsker Dü album with Mould howling invective over his buzzsawing guitar.”

“It’s been a year and a half away from the stage. I’ve missed the noise, the sweat, and seeing your smiling faces. I’m fully vaccinated, and I hope you are too, because this Fall will be a punk rock party with the band — and the solo shows will be loud and proud as well. It’s time to make up lost time, reconnect, and celebrate together with live music!”