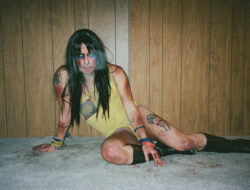 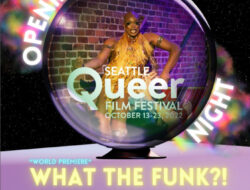 As summer starts to fade away, so do most people’s vacation plans but there’s at least one family in Seattle gearing up for a big trip in September of 2022…it’s the Griswold Family and Clark, Ellen, Rusty and Audrey are packing their bags because it’s time for…The Griswolds’ Broadway Vacation” the brand spanking new Broadway bound musical about the family from the “Vacation” series of films that starred Chevy Chase and Beverly D’Angelo.

Yes, yet another beloved film from the past is aiming for stage stardom but at least with this new show, they’re not just copying one existing film but using the characters in a new plot…well, in a familiar but different plot because it’s a series and they do follow a certain formula, don’t they? The Griswolds will start out with good intentions but things will go awry and Clark will have a series of hissy fits and Ellen will calm him down and at some point Clark will see a “Girl in a Red Corvette” and make an ass out of himself. And, there will probably be some annoying relatives to liven up the plot as well.

I keed, I keed….it sounds like it potentially good be a lot of fun. Check out the press release and the video of rehearsals for the show including some musical numbers.

The Griswolds’ Broadway Vacation will begin previews on September 13th then officially open on September 22nd and run through October 2nd.

The Griswolds’ Broadway Vacation—the first production in the 2022/23 Season and the 26th new musical produced by The 5th Avenue Theatre—features a book, music, and lyrics by David Rossmer and Steve Rosen (The Other Josh Cohen), and is directed and choreographed by Donna Feore (Seattle Rep’s Bruce, Stratford Festival’s Chicago). The Griswolds’ Broadway Vacation is produced in association with Ken Davenport, Sandi Moran, TBD Theatricals, Jonathan and Rae Corr, Adam Riemer, and Scott Abrams.

They’ve been to Wally World, they’ve been to Vegas, and now the Griswolds are going to… Broadway! Yes, the characters you know and love from the hit Warner Bros. Vacation movies are back—and they’re taking their biggest vacation yet. So, get in your family truckster and join Clark, Ellen, Audrey, and Rusty on their big New York City adventure—where of course, everything goes exactly according to plan.

The 5th Avenue Theatre is one of America’s leading musical theater companies. We enrich the community we love with the art form we love—giving the Pacific Northwest a front-row seat to original powerhouse productions that go on to light up marquees and audiences all the way to Broadway. From the page to the stage, we bring passion and epic scale to every musical we create. With big talent. And bigger-than-life productions. As a nonprofit theater company and our region’s largest performing arts employer, we spread the joy of great musicals with people of all ages across our region and state. Each year, we reach 75,000 young people through our nationally acclaimed education programs. Programs designed to develop new musicals ensure that the next generation of great musicals will be there to tell the stories that captivate tomorrow’s audiences. On the national stage, we are a leading voice for the power of this art form to lift the human spirit.