Home My SoapboxIf you don’t have anything nice to say about someone, come sit next to me…or, bitch behind my back on Facebook!

If you don’t have anything nice to say about someone, come sit next to me…or, bitch behind my back on Facebook! Yesterday we posted a little photo essay about Thursday night’s delightful “Snackhole: Beauty Pageant Massacre” hosted by the larger than life Jackie Hell at everyone’s favorite scary “Really? they host gay events here?” bar, The Comet. The excellent photos were taken by our beloved contributor Rachel Robinson and I wrote up a few words about the event and ended my commentary with the following statement:

You don’t see photos like this at the SGN…I think Jackie and the “freaky-deaky”, alternative punk drag/performance art scene scares the crap out of them…

You notice I used the word “statement” about that quote…that is what it is. You DON’T see photos in the Seattle Gay News, or articles for that matter, about very many “alternative” queer events at least in the print edition. (Recently, a new photographer at SGN began posting photos from MANY different kinds of events on their Facebook page, which is awesome. Those photos very infrequently make it to the print edition.) SGN seldom, if ever, covers events or shows at Re-bar, or The Comet, or The Baltic Room, or Grim’s or Chop Suey, or ANY venue that isn’t very clearly defined as QUEER despite the fact the content of the shows, and the people behind the shows and the audience for the shows is LGBTQ or mixed. Even Pony, which is quite clearly a Queer bar, is mostly ignored; it’s not even listed as a gay bar on their bar listings page. You see very little coverage about Bacon Strip, or Brown Derby, or Hard Times Press or NARK Magazine events, or Comeback, or Lick. There is practically NO coverage about events for women; little about Cherry, or Girl4Girl, or Lezbro, or Hot Flash events. But, you do see lots and lots of coverage about events at Neighbours, and The Cuff Complex, and R Place, and The Grill on Broadway involving more traditional performers and geared to an older, mainstream audience more clearly defined as GAY. And, it is somewhat understandable. Like Neighbours and The Cuff and R Place and The Broadway Grill, the SGN has been around a long time…it’s an “Old Boys Club”…so old that some of those venues are straight owned. It’s traditional. It’s mainstream. It’s Old School Gay Culture. And, that’s fine. There are people who enjoy that. They are not interested in alternative Queer Culture. The probably don’t like the word “Queer”.

We’ve embraced it. We LIKE covering alternative events…in fact, we don’t consider them “alternative”. They’re just….events. Hundreds of people go to them every weekend. Seattle Gay Scene started for a couple of different reasons. Four years ago, our founder and publisher, Bill W. was laid off and bored and not happy to discover that there wasn’t a resource for listings of the community events that he was interested in…so he started SGS. So, bit by bit, it grew…and grew…and grew. And, it’s still growing and evolving. And, we are a Community Resource. We are here FOR the Seattle and Puget Sound LGBTQ community and our allies. All aspects of it, from the old radical pioneers down to the glitterbomb party kids in platform heels and piercings. We don’t have the financial resources to donate huge amounts of money for community events, but we have, and will continue to support worth while programs and events with articles and media sponsorship….just like SGN.

But, we are also a BUSINESS…also, just like SGN, and yes, we are going to be somewhat competitive. We want the exact same ad dollars that the SGN is going after. Despite the fact Seattle Gay Scene has MORE online readers than SGN, they probably have 10 times the ad revenue we do, largely due to the fact they’re the established LGBTQ media source, obviously, and because they have a print edition which many advertisers still find attractive despite the fact print is a dying dinosaur, (but that’s the subject for another post…) Yep, we’re doing this because we LOVE it, but we also need to make some money…just like SGN. George Bakan is a pioneer in our community and is a vital community leader, but guess what…he’s also a businessman. He hasn’t survived for 40 years in the business of media and outlived DOZENS of competitors by quietly twiddling his thumbs and stroking his Santa beard. He knows how to play the game and it’s not always a “nice” game. And, he is a MASTER game player…he’s gone from opposing Seattle Out and Proud’s move of Seattle Pride from Capitol Hill to downtown/Seattle Center and supporting efforts to compete with SOaP with alternative Hill Pride events, to being named Grand Marshal of the official Pride Parade. Only tough cookies and masterful game players can pull that off….that takes some balls and the brains to back them up. Salud!

And, you should also note I stated we are “somewhat competitive”. Let me state for the record, we do not want to see SGN go ANYWHERE. There is room in Seattle for multiple queer media outlets. Thank (some) god for SGN and The Seattle Lesbian and HIVster and Unicorn Booty and Hunk du Jour (the last two are locally produced but don’t specifically cover local events). They all provide a valuable resource for the community as a whole, and various subsets within it. We’d love to cover more local news, but we don’t currently have the resources to do so. We’re thrilled that SGN has the local political and community news scene covered. Hopefully someday we’ll have the wherewithal to cover the “local news beat” more extensively but until that day comes, I’ll leave it to SGN and The Stranger and Capitol Hill Seattle to cover the newsier aspects of our community. We’re happy for the time being to stick with news about local arts and entertainment scene…for the most part.

Oh, I guess I should get to the part where I explain WHY I’m posting this long diatribe. After I posted the piece on “Snackhole” which included my gently snarky statement about SGN not reporting on similar events, someone associated with the SGN left a comment on our Facebook page protesting that statement, (All names have been redacted):

A recent Seattle Gay Scene post: “You don’t see photos like this at the SGN…I think Jackie and the ‘freaky-deaky’, alternative punk drag/performance art scene scares the crap out of them…”

I wish Mr. Strangeways would quit the attacks on SGN. I know, like and respect their contributing photographers. And when he uses their work to make snarky comments pitting the the gay community against itself, it’s a shame.

That’s GREAT! I love a dialog or a good conversation about things we may not agree upon! I wish more people would leave comments on the site to start similar conversations!

But, the person who left that comment subsequently wimped out, removed it and re-posted it on his own Facebook page, and, started a Snarkfest of his own with a number of comments chiming in, most of them supporting this person’s statement. Well, that’s awesome. Like I just said, we’re all for an open dialog. Of course, the problem is, this wasn’t an OPEN dialog. I’m not Facebook friends with this person…I cannot join in on the conversation or defend my statement or participate in anyway. I can only witness people attacking me, and the site, and snarkily bitch about what a snarky bitch I am.

And, most of the comments are great, even the ones that aren’t necessarily positive towards me/SGS. There’s a couple of lemonheads in there, some douche who says I have a “miserable personality” (despite the fact he doesn’t know me and I don’t know who the fuck he is) and some sour grapes from a “fellow” “journalist” and someone who designed a logo for the site MANY years ago and then whines he wasn’t paid for it, despite the fact money was never discussed and he received a free ad on the site for many, many months and we still continue to promote his annual “event”. (Incidentally, all “quote marks” are very much intentional, and in the sarcastic tone in which they were meant…)

And, the very, very lovely Kevin Kauer (Nark) and the photographer Rachel Robinson came to our defense with some lovely and thoughtful comments. Thank you and much love…also to the allies who “liked” their comments.  And, thanks to the people who didn’t necessarily like what I wrote, but had the integrity to write about their differing opinion with intelligence and candor. That’s both classy AND sexy…and very “Clexy” of you. To those of you who were just a negative drone I’ll have to give in to my miserable personality and tell you to piss off…….;-)

I’m done for now. If you want to PUBLICLY comment and start a dialog, please do so in the Comments. As always, keep it respectful and don’t be an enema.

A bushel of hugs and a basket of kisses… 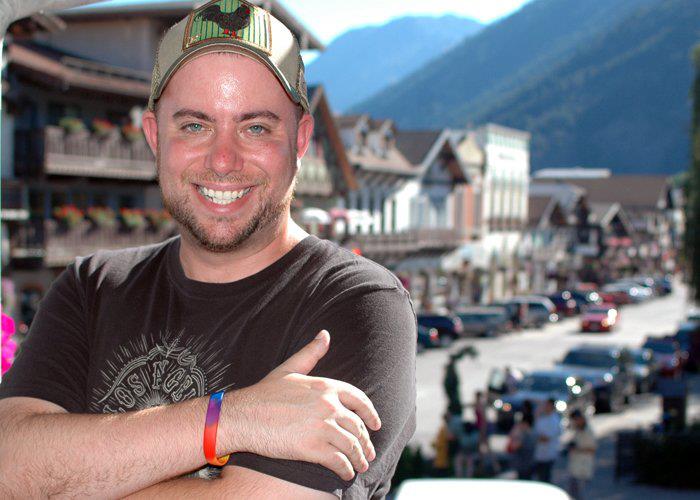 The Seattle LGBTQ community woke up to shocking news on 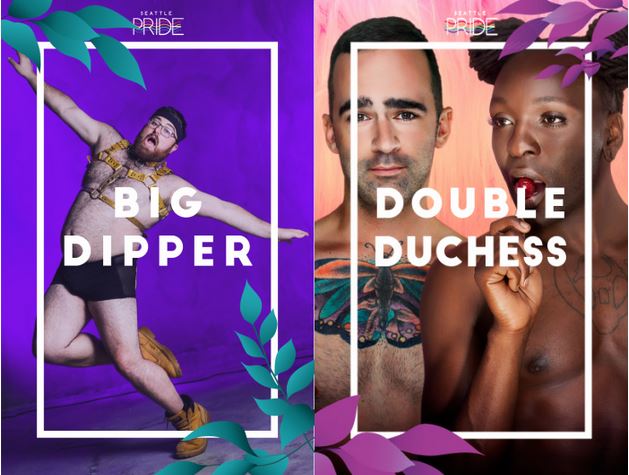 After years of complaining, Seattle Corporate Pride finally listened to

Confused about Gamergate? Don’t know why feminism and inclusivity is 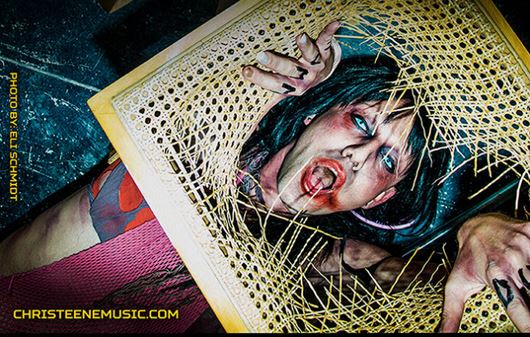 Christeene Is Set To Return To Chop Suey…And, Some Folks Are Having A Hissy

SOME folks are thrilled about the announcement that CHRISTEENE, the

...
Previous: No one survived Jackie Hell’s and Snackhole’s “Beauty Pageant Massacre” at The Comet…No One.
Next: The Department of Grub and Grog: Charlie’s on Broadway is an institution, (pass the Tums), but we’ll miss it when it’s gone…