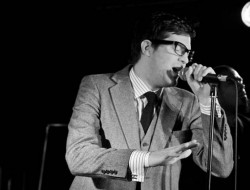 Music You Should Know: Mayer Hawthorne Brings Back The...

Hey, all you drag racer fans out there in Seattle! The months are drawing closer to the forthcoming season of RuPaul’s Drag Race and I have some revealing photos that give you a fractional glimpse into the queens. The contestants have not been announced, but perhaps you might guess who these body parts belong to? There will be exclusive interviews with the contestants, live blogging at Lobby Bar for the viewing parties, and this year I’ll be blogging live at both the Premiere Party in Los Angeles and the finale party in New York City. But first… Looking like RuPaul is teaming up with Christina Aguilera for a Bionic twist in Season Four. Photo Credit: New. Now. Next. 2011. Seattleite Drag Racers - Get your engines in for a check up, because Round Four is just around the corner! Photo Credit: New.Now.Next. 2011 RAW-Q = Uncensored, unplugged and RAW queens with a twist!