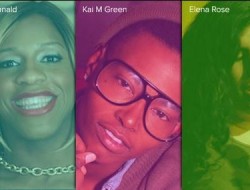 The 2nd Annual Trans* Pride Festival/March/Rally Is TODAY at... 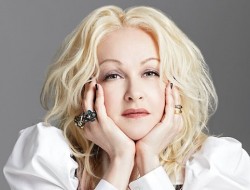 June 28, 2014 Comments Off on Family Fun For EVERYONE For This Pride Saturday Views: 1656 Arts & Entertainment, Living, News, Seattle Pride 2014 We’re guessing “Twirling Scarves” Boe Odyssey will be out and about today…with or without any pants = a mystery.

But, will the weather cooperate?

GOOD MORNING URCHINS! (the 27 of you who didn’t stay out until the wee wee hours of the morning doing the unspeakable with the unwashable….) It’s Seattle Pride Weekend Saturday, June 28 and there are SOOOOO many options for daytime fun of the PG and PG 13 persuasion. Let’s peruse a few, shall we?

1) FAMILY PRIDE DAY AT MOHAI: “Celebrate your family pride at MOHAI! All-day activities will include special performances by Pride Idol winners, bingo with Lunch Lady Mama, family portraits, make-your-own flair for the 40th Annual Pride Parade, and more!Included with museum admission.” It’s also one of your final chances to see REVEALING QUEER, the terrific current show at MOHAI that explores the history of Queer Seattle; it closes July 6th!

We’re expanding! Your favorite Seattle Festival (Evening Magazine’s Best of Western Washington BEST LOCAL EVENT 2013) is making waves on Capitol Hill with new events for 2014!Join us for Family Day! noon-5pm————————–————In its 2nd year, Family Day offers kid and family-friendly entertainment, games, and fun from noon-5pm in the sun bowl in Cal Anderson Park (just north of the playfield). It’s totally free and will be even more fun than last year. Bubbles, Drag Queen Storytime, kids music, and games like a balloon toss contest. You won’t want to miss this – fun for all ages! (FREE)

Join us for our Street Festival w/ 20 food trucks! 4pm-dark
————————–————-
A NEW OFFERING FOR 2014! 20 food trucks with something pleasing to everyone’s palate. We’ll also have a beer garden and DJs to keep everyone dancing in the streets. We’ll round out the day with live bands on the Cal Anderson Main Stage. The festival is free and promises to be the talk of the town. Won’t you join us? (FREE)

We envision a world where people of all genders and sexualities have access to the resources they need for optimal wellness. Read our blog to learn more: lbtqhealth-ywca.blogspot.com

4) Capitol Hill Pride Festival on Broadway: For all the whiners who want Seattle Pride to revert back to 1997, here’s your chance. Broadway is blocked off for vendors and stages including the popular one at Julia’s with performers from their LeFaux show and visiting superstars. PLUS, the infamous “Doggie Drag Queen Contest”. It’s free and runs from 11am to 10pm.

5) Prom Dress Rugby is baaaaaaaaaaaaaack! The crazy charity rugby match between gay dudes in dresses and lesbians not in dresses is a favorite Pride Weekend event. It’s Free and also at Cal Anderson Park from 2pm to 4pm.

Have you ever gone to a rugby match and thought to yourself: “This would really be better if there were more sequins and tailcoats involved?”Well then join the Seattle Quake men’s and the OPSB Breakers women’s rugby team as they get together to play a semi-formal game of Prom Dress Rugby, hosted once again by the fabulous and talented Aleksa Manila!

We are excited to be partnering with the Northwest Network (nwnetwork.org/)this year, an organization that works to end violence and abuse by building loving and equitable relationships in the LGBTQ+ community and across the country.

Spectators will be able to buy points for their favorite team, donate to the rugger of their choice to pick a prom king and queen, and more!

And don’t forget to join us afterwards at The Cuff Seattle for the Prom Dress rugby after party and jell-o shot sale!

6) Also from the folks at PrideFest: The Cher/Cyndi Welcome Party with Heklina and her Posse of T-Shack Gals up from San Francisco. There’s a Cher/Cyndi talent show with prizes that include being WHISKED away to the actual Cher & Cyndi Lauper Concert tonight at Key Arena. The Queens will perform and the DJs will spin. It’s free and open to the public with a beer garden for the 21+ crowd.

Hosting and performances by Heklina (SF) and the T-shack crew. Stay tuned for announcements about surprise guest performances. WE have tons of exciting announcements to come!Soundtrack provided by : Tony Burns, L.A. Kendall, DJ Skiddle and Colby B (NYC).Cher/Cyndi Drag competition with prizes:Win tickets to the showWin a spot to perform on the PrideFest Main Stage Sunday the 29th****We are accepting all kinds of submissions for the talent contest. On 12 submissions will be selected. All performances must be Cher or Cyndi Lauper themed. If you are interested in being considered, please contact lakendall.qq@gmail.com and provide links to your work or a detailed description of what you would like to enter into the contest. Entries can include: Drag (live or lip sync, but it better be good lip sync girl), A vocalist doing a cover song, an acoustic guitarist covering a Cher or Cyndi song, a burlesque number to a Cher or Cyndi song – you get the idea. But we have great prizes, and a fantastic host, so you better bring your “A” game!Located Just East of Key Arena at Seattle Center on the Seattle PrideFest Main Stage.

Celebrating our 20th Anniversary! Creating space to celebrate queer women and highlight the unique qualities we bring to our communities! Speakers and performers will entertain and inspire you! Rally starts at 5:00 p.m. at Seattle Central Community College (Pine & Broadway) March starts at 7:00 and goes through the Capitol Hill neighborhood.

That’s a lot of spicy options…get out there and suck them all up.