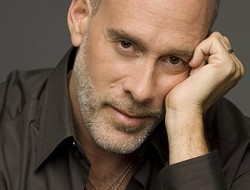 Marc Cohn Should Perform ‘Walking in Memphis’ with Cher! 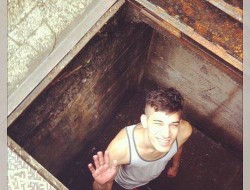 I love Portland.  Have always had a great time playing gigs down there.  As a Seattleite, I’ve always felt like Portland’s Queer scene is just a little bit better than ours.  Maybe it’s “the grass is always greener” syndrome. In fact, I’m sure of it based on hearing the feedback of my friends that actually live there. However, there is definitely one way that Portland has been ahead of its time.  What’s that, you ask?  Easy answer:  they had a bonafied Queer Music Festival several years before we did.  All thanks to the forward thinking, hard working, Mr. Samuel Thomas, the Portland Queer Music Festival was born in 2011.  This summer will mark the festivals 4th year.  I had the immense pleasure at performing at the very first one.  It was an extremely impressive myriad of artists and genres.

So this year, when we sat down to start planning for Seattle PrideFest, we decided to tap Samuel Thomas for help in curating and managing the 2014 Delta Mural Stage.  True to form, he’s brought some great artists to the line-up including AB Soto, Portland’s Magic Mouth, and local hotties Night Cadet among others.  Really looking forward to seeing that stage come to life this year under his direction.  Even though he was busy with his own Portland Pride events (singlehandedly being responsible for bringing Bianca Del Rio and Heklina to Portland for their Pride), he was gracious enough to engage in a little Q & A with me for Seattle Gay Scene.

L.A. Kendall:Are you from Portland originally, or are you a transplant?

Samuel Thomas: I am from the greater Portland metro area, so a little bit country and a little bit urban was my experience growing up.

LAK: How did Portland Queer Music Festival come to be?

ST: I have been involved in the independent music scene since 2001, and for a couple years I was helping run a larger, more mainstream, festival. Once that ended I looked around and saw a real need to properly represent and showcase LGBTQ music. Especially in Portland. So I called up my friends, put out an ad and the rest is history.

LAK: What have the biggest challenges been in regards to putting on the PQMF?

ST: Organizing it! Ha ha… I have some amazing volunteers but all the nitty-gritty is done by me alone. So to take time away from all my other work to properly showcase all the amazing talent I work with… it’s definitely a challenge (that I love).

ST: The showcase itself. Some people are amazing how much talented and incredibly diverse music we have within our community. Each year I see people fall in love with new artists and then I see artists fall in love with other artists and start collaborating with each other – it’s wonderful!

LAK: Name a few of the performers or bands that you’ve been most excited to host at PQMF.

ST: Oh gosh I love them all, it’s cheesy to say but entirely true. Although Seattle has definitely won me over with the likes of Glitterbang, Noddy, Night Cadet, etc. I have also loved working with Sacha Sacket, Imperial Teen and last year’s headliner AB SOTO.

LAK: When is this year’s festival happening and where?  Also – any tidbits you want to share with us about the line up this year?

ST: This year we have formatted it a bit differently and spread it across three different venues (Crush, Rotture & Rimsky-Korsakoffee House) over the course of an entire weekend (August 1st, 2nd & 3rd). I am really excited to work with Noddy again, and we are hosting Portland darlings Gaythiest as one of the headliners… apart from that, I think I wanna keep the lineup a secret for now. We will be releasing the full list in July.

LAK: Since PQMF started we now have Mo’Wave as well, and now StarGAYzer coming up in the fall.  Seems like you started something here.  How do you feel about this trend?

ST: Well there were other festivals before mine, Out/Loud, GayBiGayGay (as part of SXSW), etc… a lot of which were also attached to great art/film festivals. When I created the Portland Queer Music Festival I wanted it to remain strictly about the music and seeing all the new festivals pop up in the wake (and usually with bigger budgets and grand schemes) is definitely humbling and awesome – we need more of this! I’d love to see a LGBTQ music festival in every major US city.

ST: Hands down – AB SOTO, he is taking the world by storm lately in an incredibly impressive way. I’d also want to add Jinkx Monsoon’s album was definitely a gem and she is incredible live (although I am sure everyone in Seattle already knows that). I also have both Evan Vincent & Bright Light Bright Light on repeat lately.

LAK: We are SO EXCITED to have you managing and curating the talent at the Mural Stage this year for Seattle PrideFest.  What are you most looking forward to?

ST: The music! Obviously. But seriously I am incredibly happy with this lineup, and I think Seattle will be impressed with the diversity and talent that we have organized.

LAK: 3 words on what Seattle PrideFest attendees can expect from your involvement in the festival.  Go!

See Samuel Thomas’ genius come to life on the Delta Mural Stage at Seattle PrideFest (6/29) from 12-6PM. You will be SO GLAD you did.