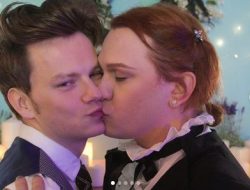 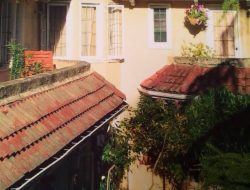 Seattle Pride, aka Seattle Out & Proud, the producers of Seattle’s LGBTQ Pride Parade on the last Sunday in June as well as other pride related events has announced they’ll continue with a virtual/on-line format for 2021 celebrations scheduled for June 26th and 27th.

The group and other area pride event organizers were all forced to cancel live events in 2020 due to the ongoing coronavirus pandemic which has disrupted most public events since the virus emerged at the end of 2019 in Wuhan, China before spreading throughout the rest of the world in early 2020. While many public events have been cancelled, many others have gone online. Seattle Pride, Seattle Pridefest and TransPride, the three largest area pride producers, joined forces to produce a weekend of virtual events for 2020.

Today’s announcement from Seattle Pride clearly states they plan on going virtual for this year but there’s a quote in their press release from Seattle PrideFest that indicates they are still hoping to do some kind of live event for this year if possible. Frankly, due to the logistics of planning these kinds of public gatherings that take months of planning and permissions, it seems unlikely that Seattle, King County or the State of Washington will be allowing large gatherings for the foreseeable future. And, once those permissions do start being given, it’ll take months for very large events to start reappearing given the time it takes to plan them. Though this does leave open the possibility of doing some kind of live Pride event later in the year if progress is made on stemming the pandemic.

SEATTLE (Jan. 27, 2021) – As the COVID-19 pandemic response continues to restrict large public gatherings, Seattle Pride – the organizer of Seattle Pride in the Park and Seattle Pride Parade – will shift its annual LGBTQIA+ celebratory events to a virtual weekend (June 26 & 27, 2021) of speakers, performances and more.

“With the pandemic still spreading at a rapid pace, we could not in good conscience move forward with plans for our June events which bring thousands of people together in close proximity,” said Seattle Pride Executive Director Krystal Marx. “Our efforts now shift to building on the success of last year’s virtual Pride, so we can continue to bring our community together to celebrate diversity.”

Details of Seattle Pride’s plans for June are in development, but are expected to be announced within a couple months. In the meantime, per tradition, Seattle Pride is once again calling on the public to submit suggestions for this year’s Pride event theme. To submit a theme idea, visit the submission form at SeattlePride.org.

“We are grateful for the proactive, responsible actions of Seattle Pride in putting the community’s health as their top priority given the ongoing spread of COVID-19,” said Chris Swenson, City of Seattle Special Event Committee Chair. “Under Governor Inslee’s “Healthy Washington Roadmap to Recovery” plan, we have no assurances on when the Special Events Committee can once again be able to consider major parades or festivals, or guidelines on how event organizers will be able to effectively manage crowd sizes according to evolving public health guidelines.”

Despite the lingering pandemic-related challenges, Seattle Pride and other LGBTQIA+ groups – including PrideFest (organizers of PrideFest at Seattle Center) and Gender Justice League (organizers of TransPride) look forward to the possibility of hosting smaller-scale, in-person events incorporating public health protocols as soon as possible, as the organizations closely monitor guideline updates and confer with local health officials in making that determination later this year.

“We’ve loved the opportunities for partnership and community that came with virtual Pride celebrations, but if it’s safe to do so, PrideFest is committed to doing in-person events in 2021. The power of solidarity and the energy of coming together as a community is more important than ever as we look forward to recovering from the pandemic,” said PrideFest Executive Director Egan Orion.

“Gender Justice League remains committed to celebrating the lives and accomplishments of our transgender, nonbinary and gender diverse communities through thoughtful events online and, when it is safe to do so, in person,” added Gender Justice League Co-Executive Director Elayne Wylie.

No matter the size or scale of any in-person events later in the year, Seattle Pride is optimistic about the return of its Seattle Pride in the Park and Seattle Pride Parade events next year, as it moves forward with planning this year’s virtual Pride celebration.

Given last year’s hugely successful virtual Pride weekend which averaged more than 3,300 online participants each day, Seattle Pride is excited about the possibilities for this year, grateful for its promotional collaboration with PrideFest and Gender Justice League, and thankful for the hundreds of event sponsors, community partners, vendors and event participants for the continued support as plans shift once again for a different kind of Pride celebration.

Seattle Pride is the (501(c)4) not-for-profit organization which produces the Seattle Pride Parade, Seattle Pride in the Park and other pride-related events and promotions, as well as providing grants and sponsorship support to community-based LGBTQIA+ serving organizations statewide, and year-round advocacy in support of diversity, inclusivity and equal human rights for all.