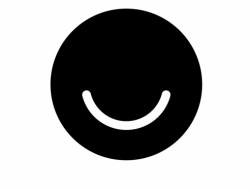 Ello will never be your Lord & Savior Or... 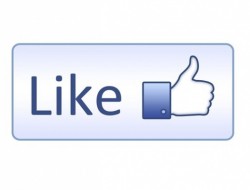 WE WON!!! Facebook Issues An Apology On “Real Name...

October 1, 2014 Comments Off on Facebook Backs Down In “Real Name Gate”: To Apologize And Change Policy Views: 1818 Escandalo, News After nearly a month of community outrage that has achieved world wide attention, Facebook will apparently apologize and change its recently enforced “Real Name Policy”.

We’re told the apology will be first issued at a meeting with a coalition of drag queens, LGBT activists, and Supervisor David Campos, all of whom have been pressing Facebook end the discriminatory policy. Before making a public announcement, the company will also outline to activists how it plans to fix its policies.

On Wednesday morning Supervisor David Campos, the lead negotiator for a broad coalition of activists including drag queens, transgender people, performers, survivors of abuse and stalking, political dissidents and privacy activists announced a successful outcome to conversations with Facebook regarding their real name policy.

“The drag queens spoke and Facebook listened! Facebook agreed that the real names policy is flawed and has unintentionally hurt members of our community. We have their commitment that they will be making substantive changes soon and we have every reason to believe them,” Campos said. “Facebook apologized to the community and has committed to removing any language requiring that you use your legal name. They’re working on technical solutions to make sure that nobody has their name changed unless they want it to be changed and to help better differentiate between fake profiles and authentic ones.”

Despite Valley Wag giving credit to the SFist website, Facebook’s recent “Real Names” policy and its effect on performers was first reported by Seattle Gay Scene on September 9th with Brad Gilligan’s report on Facebook forcing Seattle drag performer Cherry Sur Bete to stop using his performing name on his Facebook page. Cherry and fellow drag performer Olivia LaGarce who was subsequently among the thousands of performers, artists, native and tribal people, and members of the trans community who were unfairly targeted by Facebook and its draconian policy, teamed up to create a Change.org petition demanding Facebook reverse their decision to enforce the “Real Name” rule. (We should note that in its original report, SFist did credit SGS…bless them!)

As Facebook increased the number of account suspensions and warnings, activists in Seattle and San Francisco led the charge against Facebook and the scandal started to receive a considerable amount of press coverage worldwide. A meeting two weeks ago between Facebook and leaders from San Francisco’s drag community including Sister Roma of the Sisters of Perpetual Indulgence and Trannyshack superstar Heklina was held at FB headquarters in Silicon Valley, but Facebook refused to back down and gave all “violators” of the Real Name Policy two weeks to comply then the company would pull the plug on all non-compliant accounts.

Since then, increased media coverage and the inherent negative publicity seem to have had an effect on Facebook. A number of FB boycotts, a sudden rise in interest in rival social networks like Google + and the recent huge publicity given to new social media start up Ello all seem likely to have encouraged Facebook to change their stance.