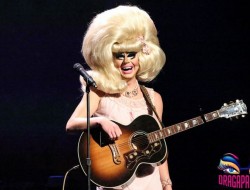 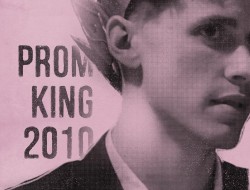 We’ve been sitting on this for awhile. That “Queen of Mean” and winner of Season 6 of “RPDR”, the one and only BIANCA DEL RIO returns to Seattle on Thursday, July 6th to roast our own hometown Skyscraper Drag Diva, MAMA TITS with an all-star line-up of drag superstars on hand to (lovingly) skewer the legendary drag performer, singer, hostess, producer and community activist. Scheduled roasters include JACKIE BEAT, HEKLINA, SISTER ROMA, CHI CHI LARUE, ROBBIE TURNER and MARK FINLEY with more to be named in the future.

This should be a raunchy, no holds barred comedy FEAST!

Five Senses Reeling Events presents “The Roast of Mama Tits” to be held on Thursday, July 6th  at the Egyptian Theatre in Seattle at 8:00 P.M. PT
——-

Seattle, May 23, 2017 – Five Senses Reeling Events is proud to announce that Bianca Del Rio, winner of RuPaul’s Drag Race Season 6, will be the Roast Mistress for the “Roast of Mama Tits”, a celebratory take down of Seattle’s favorite Skyscraper Hostess, Mama Tits.  This is a great opportunity for a community event, bringing together local & nationally known talent to roast (and honor) one of Seattle’s favorite entertainers. The #MamaTitsRoast will take place on Thursday, July 6th at 8:00 p.m. PT at Seattle’s beloved Egyptian Cinema in the heart of Capitol Hill.

Mama Tits is the Seattle drag diva known internationally for her takedown of anti-gay bigots at the 2014 Seattle Pride Parade where Mama T. was the official parade announcer. The YouTube video of the incident has nearly 2 million views. The diva known for her passionate advocacy for LGBTQ rights is the producer of her #1 drag brunch show “Mimosas Cabaret” which won KING TV’s “Best Of Western Washington” award for “Best Theatre Group” in 2013 and 2014. This past winter and spring, Mama Tits had a 6 month residency at Act II Stages in Puerto Vallarta, Mexico where she earned legions of new fans from around the world, with her live jazz/blues singing cabaret act.

As a first shot across the bow, Bianca was recently asked about whether she was excited about roasting such a popular local queen…her response: “Mama Tits? Who’s that? Just kidding. I can’t wait to tell everyone how talented and pretty she is.”

This should be fun…

Bianca Del Rio, the alter ego of seasoned comic Roy Haylock and season 6 winner of RuPaul’s Drag Race, is a self-professed “clown in a gown.” This hilariously hateful comic is known for her foul mouth and unapologetic humor, but her victims hardly have time to feel the sting before she zips on to the next topic. Besides, Bianca is quick to point out that she’s the biggest joke of all. The NY Times calls her “The Joan Rivers of the Drag World,” and Joan Rivers herself called Bianca’s humor “So funny! So sharp!” She’s currently touring with her new comedy show “Not Today Satan” to sold out audiences all over the world.

Mama Tits is one of Seattle Pride and the Seattle Pride Parade staples since 2010 continuing to today. From 2010-2013 Mama Tits and Sylvia O’Stayformore hosted the parade at the 4th and Bell stage and then in 2014 they were upgraded to the Westlake Center Main Stage. Mama Tits was one of the Headliner entertainers and hosts of the 2010, 2011, 2014, 2015 & 2016 Seattle Pride-fest Main stage at Seattle Center, The Original Hostess of ElektroPoP! from 2011-2012, and the Original hostess of the Capitol Hill Talent Show. Mama Tits is most notably known in and around Seattle’s Capitol hill as the Owner/Producer/Director and Star of “Mimosas with Mama”, now known as “Mimosas Cabaret” –  Seattle’s #1 and Longest running weekly Drag Brunch.  Mama Tits also owns the production company Skyscraper Entertainment with her husband DJ, as well as Mimosas Cabaret, Skyscraper Entertainment produces GAYme Night Tuesdays at the Unicorn, The Icon Series in partnership with Kendall’s Dj & Event hosting such iconic entertainers as Jackie Beat, Sherry Vine, Coco Peru, Devin Green and more! Mama Tits and Skyscraper Entertainment also works as a booking agent for various queens in the Seattle area.

Five Senses Reeling Events is a local event production company that specializes in bringing well-known and up & coming LGBT (and allied) artists to cities throughout the northwest.