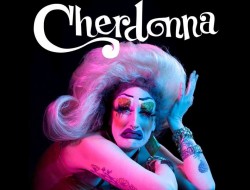 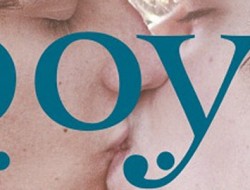 The Australian dramedy “52 Tuesdays” explores the relationship between a bisexual teen and her trans* dad. It’s a must see film.

Actor Alec Mapa is “America’s Gaysian Sweetheart” and very familiar for his tv work. His documentary, Alec Mapa: Baby Daddy is the must see film in the “early bird” 5pm spot on Thursday, October 16 at the 19th annual Seattle Lesbian & Gay Film Festival. PLUS, it’s only $5! PLUS, the director (Andrea James) AND its star, ALEC MAPA are scheduled to attend. It’s HIGHLY recommended for all fans of Mr. Mapa and a funny and sweet look at he life of a successful, out gay actor as he juggles his professional life and his role as a devoted husband and father. Check it out at the Northwest Film Forum.

The “Must See Film ” in the 7 pm slot and over at SIFF Cinema Egyptian is the Australian dramedy, 52 Tuesdays, the critically acclaimed and awarded film from Sophie Hyde that uses a clever device: it was filmed once a week (on Tuesday, natch) for a year. It’s also the rare film that combines bisexual and trans* characters into the story. Here’s the poo:

Every Tuesday afternoon, 16-year-old Billie gets to see her mother, who is transitioning from female to a male named James. Needing space to become himself, James has sent Billie to live with her father. Feeling adrift, Billie begins to keep a video diary with new friends Josh and Jasmine, exploring her own bisexual identity as they play, film, and play some more. Shot over a year, every Tuesday, this beautifully made, nuanced drama won the World Cinema Dramatic Directing Award at Sundance and the Crystal Bear for Best Film at the Berlin International Film Festival.

Seattle Gay Scene is pleased to media sponsor and present this film. You’re highly suggested to go check it out tonight. You can still grab tickets HERE which will also get you into the after screening party at The Wildrose, from 9pm to 11pm.