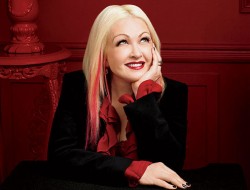 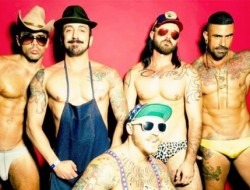 Mr. Bush Reveals ALL The Beans About Mario Diaz... Openly gay Olympian Greg Louganis will be the guest of honor at he gala opening of te 2014 Seattle Lesbian & Gay Film Festival. His documentary, “Back on Board” is the Opening Gala film.

Dive into the deep end of the 2014 Seattle Lesbian & Gay Film Festival with the opening film and gala. Back on Board: Greg Louganis, Thursday, October 9, 7:30 p.m. at The Egyptian, tells the story of the famous out Olympic diver who captured our imagination in 1988 when he won a gold medal in diving even after suffering a concussion in the preliminaries.

Since then Louganis has become a tireless advocate for gay civil rights and HIV awareness, campaigning against Don’t Ask, Don’t Tell, and working with the Human Rights Campaign.

If finding out the story behind the legend isn’t enough, Greg Louganis himself will be in attendance at the screening at The Egyptian and at the gala at The Lobby Bar after. Documentary filmmaker Cheryl Furjanic will also be in attendance. The 2014 Seattle Lesbian & Gay Film Festival runs October 9 through 19 at the Egyptian, Northwest Film Forum, and Pacific Place Cinemas. Grab your individual tickets HERE but a SLGFF Full Series Pass will get you into this film and gala, plus other special events. Grab passes HERE so you don’t miss a thing!