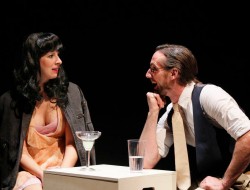 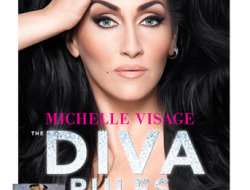 This year’s programming promises to be all sorts of educational, fun, and just plain awesome. That being said, here are my picks for those who love women. What better way to begin it all than with Freeheld, the highly-anticipated near-documentary starring Julianne Moore and our esteemed Lesbian Vice President, Ellen Page?!

Screening at The Egyptian at 7:15pm (SOLD OUT), this is the true story of Laurel Hester and Stacie Andree of New Jersey, who took on the freeholders of their county. Before equal marriage was legal in the state, same-sex couples had to go through about a million legal loopholes just to get a few of the rights automatically granted to opposite-sex couples. We should all recall those days—they were only last year. At the time this story took place, only Massachussetts had equal marriage. Frankly, it’s refreshing to see Page in something true to her real-life character as a recently-out lesbian. It’s “Moore” of the same for Julianne, as we also saw her in The Kids Are Alright. Though this time, she pulls a switch (ahem) and takes charge of her relationship and desire to provide for her partner.

Grim’s will be hosting the opening night gala after the film, with complimentary beverages and appetizers. Apparently a guest will be in attendence, but I won’t hold out for either of the stars; they’re pretty busy doing junkets in prep for the limited release. Hopefully it’s the screenwriter, Ron Nyswaner, who also wrote Philadelphia. Seems LGBT legal battles are his forte.

This film seemingly sets the tone for the whole festival, as mixed in with many of our (typical, and sometimes fun) stories is a need to remind people of our Big Gay History.

Before I get into w4w-specific films, here’s a rundown of what everyone should watch, to be better informed as to why the SCOTUS decision on June 26th was so important: Ok, enough educational stuff. Where are the lesbians?? Besides Freeheld, here ya go!

Shorts! No, not the problematic summertime clothing. You bet your cute ass I’ll be attending “Bad-ass Babes,” seven shorts about the dykier/more butch/more dom among us who refuse to take “No” for an answer. They push boundaries, never back down, and never surrender. And they’re fuckin’ hot doing it, too! Thursday, Oct. 13 at 9:15pm, NWFF. “Animated!” will be the night before, featuring ELEVEN tiny films created by LGBTQ people with LGBTQ themes. Wonderful! Wednesday, Oct. 14 at 9:15pm, NWFF. And, as always, there’ll be “Girls Shorts,” with ten little pieces offering snapshots of life and weird stories. Bring a date, because there’s something for just about every lez! Saturday, Oct. 10 at 2:15pm, Egyptian.

But hey! That’s not all! Here are my honorable mentions, not necessarily lez-oriented:

That’s all I can think of for now. I’ll be the short brown girl flitting between all the theaters, probably chatting with everyone in line. If you’re cute and single, let’s do coffee. Maybe we can make our own short film… *wink*