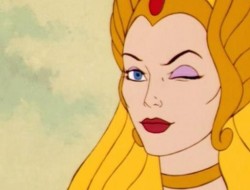 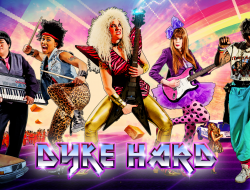 I’ve been tough on Washington Ensemble Theatre a time or two but it’s a love born out of a desire for them to be  one of the best alternative theater companies in Seattle. My main complaint over the last couple years has been some of their choices for works to produce; I’ve questioned their dramaturgical taste a time or two…or four.

For example, this year I wasn’t crazy about their messy inaugural production at their lovely new home at 12th Avenue Arts. Sprawl was a big messy play about real estate and alien invasions and ham handed acting. But, their choices in the months since then have largely improved with their subsequent premiere of Meg Miroshnik’s The Tall Girls being well directed by Kelly Kitchens and featuring some clever design work and exemplary performances from its strong cast. The play itself, about Depression era farm girls struggling to create and compete in their high school basketball league was sharply plotted with intelligent dialogue and well thought out characters. It was a charming winner.

The same can very much be said for WET’s latest production, the area premiere of Kim Rosenstock’s 99 Ways To Fuck A Swan an ambitious attempt to set the famous myth about Leda and the Swan in multiple story lines set in different places and times: the original ancient Greece, Renaissance Florence, Victorian England and the framing story set in contemporary New York City.  (Mythology 101 Refresher: The Spartan Queen Leda, spouse to King Tyndareus, is unhappy with her marriage and is seduced by the God Zeus while he was in the form of a beautiful swan. Leda was already pregnant by Tyndareus but also managed to get MORE pregnant by Zeus and eventually gave birth to half the characters in Ancient Greek literature: Helen (of Troy), Clytemnestra, Castor and Pollux with contradictory versions as to who fathered whom…but, are we surprised by that? It IS the Greco way and the offspring aren’t important in THIS story/play.)

The strongest aspects of this play are in the three stories told to illustrate the Leda/Swan theme with the many various characters played by the majority of the ensemble including Leah Salcido Pfennig as Leda, Martyn G. Krouse as Tyndareus, Kamaria Hallums-Harris as Lucrezia Borgia, Devin Bannon as Michelangelo, Kathy Hseih as a cheating Victorian Housewife, Jose Aboag as her cuckolded husband and Alex Garnett as the rake who seduces the wife. The entire company of actors is delightful and compelling to watch. Playwright Rosenstock does an admirable job of balancing all three of these tales, which mirror and comment upon each other as the actors quickly change parts of their costume to assume numerous characters and it’s all very well staged and managed by director Ali Mohammed El-Gasseir. There is a LOT of plot to absorb here and the entire production does a brilliant job of intelligently conveying all those plots and their elements with great style and artistry. The direction and acting are also greatly enhanced by the superb design in this show. Ali Rose Panzarella’s beautiful costumes which follow a strict color palette of whites and cremes with dashes of other colors added for dramatic effect is a terrific example of doing a lot with costumes on a small theater’s budget. The clever set design by Tommer Peterson also mirrors the costume design as both designers use paper as a principle material in the designs with Panzarella creating dresses and head pieces out of paper and Peterson largely basing the entire set around the use of it as both a major set piece and story device. Again, novel uses of “ordinary” products to create exquisitely clever design is not only frugal but leads to fantastic results in creating design that enhances the material and the theatrical experience. Both artists are to be commended for their outstanding work.

The chief problem with 99 Ways To Fuck A Swan is with the framing story that encompasses the three tales illustrating the Leda theme. Odd duck Dave is taking a creative writing class taught by the equally odd Fiona, to help him get over a disastrous relationship with his ex-girlfriend, an exotic dancer with a gorgeous cat. Dave is…borderline autistic? Or, maybe just a tad socially inept? Or, just a complete nutjob? Regardless, he’s a bit of a mess when it comes to relationships and dealing with reality. Because Dave is starting to fall in love with Fiona, he begins tailoring his class project, the complex tri-parted story based on Leda & The Swan, to emphasize story elements he knows Fiona will like, to encourage the teacher to fall in love with him. He also has to deal with his oddly perverse attraction to cats (as in actual meowing furrball pets), a crippling depression, and a weird job interview with a new digital porn company that might solve his problem with his sexual attraction to kitties.

Yeah. THAT overly weird, complicated plot is the main problem with this play. It’s TOO weird and TOO convoluted and frankly, it’s not really necessary for it to BE that weird and convoluted. It’s like the playwright thought it necessary to throw in porn, cat fucking and borderline personality disorder to “beef” up a play already full of lots and lots of plot. But, it’s not even a question of doing a huge rewrite of the material; it just needs some trimming and some toning down. Dave needs to be a tad less weird; he’s frankly over in creepy land as a character. Only Ryan Higgin’s charmingly quirky performance is able to redeem the role and Dave’s pervier qualities; Mr. Higgins has an uncanny knack for making scary freaks, charming and relateable. Fortunately, the Fiona character isn’t quite as broadly drawn; in fact the playwright is smart enough to keep us guessing and in a beautifully written and performed monologue, Jonelle Jordan superbly creates a fascinating portrait of an endearingly strange but oddly touching woman who has just about as many perverse sex issues as Dave. As a couple, the two actors are superb. But, from a story/plot standpoint their tale needs some editing and clarification. A rewrite/edit would really do the play a world of good.

Despite the oddness/messiness of the framing plot and the length, I really enjoyed this play. It’s definitely a show that you can’t predict what is going to happen next as it’s being performed. The strong design elements, the superb acting by the entire ensemble and Mr. El-Gasseir’s restrained and thoughtful direction only enhance the complexities of this play’s plot. 99 Ways To Fuck A Swan is a wickedly smart evening of adult theater and it’s highly recommended for wickedly smart adults.