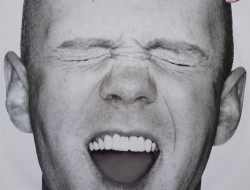 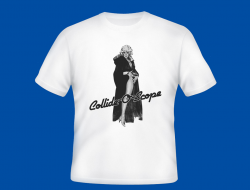 “Summer Vacation” is one of 4 LGBTQ short films screening as part of the “Gay Gezunt! LGBTQ Short Film Series” with: FACING FEAR, THE SEDER, and ZAZALAND

EVERYTHING is having 20th anniversaries lately….Three Dollar Bill Cinema and Gay City and….the Seattle Jewish Film Festival which kicks off next weekend, March 14 and goes through March 22nd at venues including the AMC Pacific Place 11, SIFF Cinema Uptown and SJCC-Mercer Island.

Across nations, languages, religions, and cultures, Jewish film opens a window into new narratives, perspectives, and ways of living; confirming shared stories, cultural connections, and common humanity. Over the course of ten days, the 20th annual Seattle Jewish Film Festival employs Jewish world cinema to bring a fresh and vibrant view of the world to the Northwest’s doorstep through 32 films from 10 countries, highlighting the richness and diversity we encounter as we move through life on this planet.
Celebrating its 20th year, the 2015 Seattle Jewish Film Festival, a program of the Stroum Jewish Community Center, showcases films from Here, There, and Everywhere — this year’s tag line – welcoming films from around the globe and around the corner, and presenting audiences with unique journeys to destinations both near and far. No longer a teenager, at 20 years of age, SJFF is all grown up. This year, the Festival displays its maturity as the largest Jewish event in the Pacific Northwest and one of the largest and most prominent Jewish film festivals in the country.
Opening Night on March 14th features German-Israeli coproduction HANNA’S JOURNEY, a refreshing look at how a third generation is coping with the legacy of the German-Israeli historical relationship on the 50th anniversary of the two countries’ diplomatic relations. Attendees at Opening Night will also enjoy a contemporary exhibit on “Jewish Life in Germany Today,” initiated and sponsored by the German Embassy in Washington and co-organized by Stroum JCC and the Consulate General of Germany in San Francisco. On March 22nd, Closing Night will take place in the SJCC’s Cultural Arts venue, which opened last year following an extensive renovation.

Every year, the festival tries to screen LGBTQ with Jewish themes, characters and artists involved. This year, they’ve curated a package of terrific short films under the umbrella title “Gay Gezunt! LGBTQ Short Film Series” which screens on Sunday, March 15, 2015 at 3pm at AMC Pacific Place. The four films are:

Facing Fear– In this Academy Award-nominated short documentary, a former neo-Nazi and the gay victim of his hate-crime attack meet by chance 25 years later at the Museum of Tolerance.
Summer Vacation (Hofesh Gadol) – Yuval’s idyllic family vacation is interrupted by the appearance of a man from his past, leading to a series of revelations and an unexpected love triangle.
Zazaland – On the evening of his arranged engagement to a Georgian woman, Gur, a closeted gay man, must decide whether to keep his true identity a secret for his family’s sake or reveal the truth.
The Seder – When openly gay Leo decides to bring his boyfriend to his family’s Passover Seder, the boundaries of love and understanding get a little strained.

There’s a ton of other great films to check out as well, including documentaries on some terrific entertainers like Sophie Tucker, David Brenner and Marvin Hamlisch. Check out the entire line-up at their website.