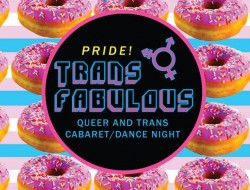 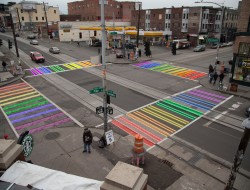 EVERY year for Seattle PrideFest you can find my carcass backstage at the DJ Stage, preferably in the shade and with a weird, side eye view of the shenanigans ON the stage as well as the even NAUGHTIER shenanigans BACK stage. Last year’s perversion was ESPECIALLY delightful because MARIO DIAZ had his filthy dance crew up from Los Angeles and there were more hairy bulges boppin’ around backstage than ever before. It was disgustingly fun.

THIS year, EVERYONE (willing to pay $40) can join in on that cheeky fun. A limited number of PrideFest Backstage VIP Passes will be sold which will give the lucky badge holders a backrow seat to all the fun filth and driving beats. PLUS, there are drinkies back there AND Seattle Gay Scene will be on hand EXCLUSIVELY with photographers to catch you being filthy and gorgeous at Seattle Center for Pride Sunday!

21+ ONLY PLEASE. This pass enables the pass-holder to backstage access at the DJ stage (North end of Seattle PrideFest/Seattle Center) between 2-7pm.

*All the artists on the lists are scheduled to attend the backstage VIP area at the DJ/Fountain stage but we do not guarantee any artist’s appearance there. Pride can get crazy and traffic, schedule slips, and general mayhem can sometimes preclude an artist’s appearance.

All VIP pass-holders (21+) will be invited to attend our backstage VIP bar with 3 complimentary beverages available exclusively for pass holder.

ALL PASSES WILL BE HELD FOR BUYERS AT THE BACK STAGE ENTRANCE – NORTH END OF FESTIVAL GROUNDS – DJ/FOUNTAIN STAGE (please bring your receipt).