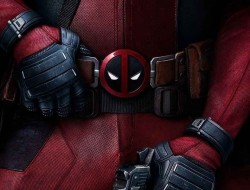 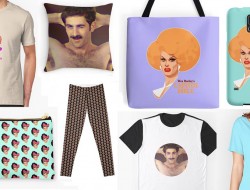 As the Pokémon franchise celebrates its 20th anniversary this month, the wildly successful menagerie of make-believe beasts is at a new height of popularity. With the successful WiiU tournament game “Pokkén,” a movie awaiting release, a thriving TV show, the impending launches of Pokémon Go and Pokémon Z, and the recent announcement of the somehow-un-hacked mythical Pokémon Magearna, it’s a great year to be Pikachu.

It’s also a great year to be a gay man in America. We can now enjoy fully legal marriage, better media coverage for queer issues, and more celebrities normalizing different sexual orientations to the mainstream. Super cheesy, but it seems that the gay community is evolving alongside the Pokémon universe. We belong together!

We explored how Pokémon can so aptly represent certain types of gay men with Generation 1 from Kanto and Johto’s Generation 2. At long last, let’s continue the chain all the way to Hoenn and see how Generation 3 ‘mon exemplify us ‘mos!

Tipsy, klutzy, and covered in red splotches, a Spinda’s night isn’t over until he’s teetering on the dance floor, twerking to his own tempo, and vomiting in his mouth. Either he’ll find the beat, or he’ll find the bathroom, but not both. Makes for a fun party! Unlike a hopeless romantic, a Luvdisc actually has quite a bit of hope, because he’s confident in his ability to begin a relationship. The problem is making that relationship last. He’ll make you feel like you’re the only man in the world for 3 to 6 months, but prematurely swims away when the water gets rough. It’s best to give him time to do some soul-searching before you give him your heart. While a Luvdisc is addicted to love and infatuation, a Sharpedo thrives on his own anger. Not just “that asshole cut me off in traffic” anger. We’re talking a scalding stream of rage ready to burst forth at any moment. His fury might motivate him for positive actions, like fighting anti-LGBT legislation. But hold off on a relationship until he can find balance. A Swalot has a steady diet of protein, but a Mega Swampert puts his protein intake to extreme use. If he’s not at the gym, he’s telling you about his workout regimen. Steps through doors sideways and sleeps with a c-pap to ensure he doesn’t suffocate from the weight of his own pecs.

That Guy Who Took 2 Yoga Classes and Now Calls Himself a Spiritual Guru: Meditite He sees that your aura is clouded by stress and suggests you align your chakras. He doesn’t actually know what that means, because his “spiritual awakening” happened approximately 2 hours ago. But he’s impressively flexible so you keep him around for fun positions.

He vapes. And like a Crossfit junkie, he won’t shut the hell up about it, because he’s somehow convinced he’s “sticking it to the man” by purchasing vape products rather than actual tobacco. (When should we tell him the tobacco industry invests in vape products?) She serves fish while sashaying down the runway in a designer gown. Not the funniest queen or best dancer, but she’s a wonder with a needle and thread, right at home in the dazzling gleam of the spotlight.

You’re surprised to find this little nugget of a man has testicles about one third the size of his body. And while your initial thought is to be concerned for his medical safety, you succumb to your curiosity about his bull nads. But of course, they’ll shrink a bit if it’s snowing or rainy.

He. Won’t. Let. You. Go. No personal life, no free time, no internal thoughts—he’s gotta have it all from you. Don’t let a Trapinch’s vacuous insecurities suck you in, or you’ll never be able to shake him.

The Guy Who Literally Doesn’t Know How to Whisper: Exploud Have you ever taken a guy to the movies, only to realize with horror that he insists upon shouting above the score to comment on the film? “What is she doing!? Don’t run up the stairs! I TOLD HER NOT TO RUN UP THE STAIRS.” He’s the loudest guy at the bar. And at brunch. And at yoga. His saving grace? He’s the perfect companion for activist rallies on the streets, and a fun screamer in the sheets. Expect complaints from your neighbors. You may not describe him as “sexy,” “hot,” or “rugged,” but a Skitty is the most adorable guy you have ever seen in your goddamn life. Think Chris Colfer, Nico Santos, or Tyler Oakley. His smile will induce an irresistible urge to pinch his cheeks (the Northern and Southern sets alike). Makes a great FB, BF, or BFF!

Generation 3 ftw! Did I miss one? Add them in the comments below! And stay tuned for the upcoming “Gay Men as Pokémon: Generation 4,” right here at Seattle Gay Scene.