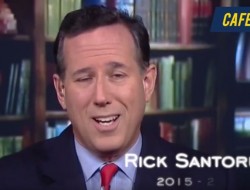 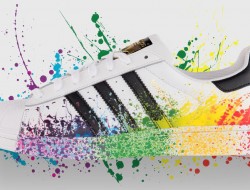 And then there was this time when everyone laughed, and then a couple scenes later, Kate Kane was at a bar with Renee Montoya and of course she had to go be Batwoman, but Renee liked that Kate left her number! And then POW BIFF BANG some wicked-ass fight scenes and Damian was sooooo cool! And then—and THEN—Nightwing was awesome!! Dad, can I have a squad of Nunjas??

If this sounds like a weird cross between an adult and a six-year-old, you’re absolutely correct. Welcome to my brain.

Last week I had the pleasure of attending the L.A. premiere of Batman: Bad Blood, the latest installment in the DC Animated Universe. Held at the Paley Center for Media, the gathering was intimate, casual, and subtly exciting. Tiffany from DC All Access was there for the Q&A session with the cast and crew after the screening.

Standing in line outside the Center, it was awkwardly comforting to be among likeminded nerds. See, every nerd has one thing that they feel quite alone for enjoying. DC animated films is my thing. Even though I can go to ComiCon and hope to see one of my favorite actors or writers, nothing beats a random meetup where one can speak about media truly enjoyed. There was networking, story suggesting, nerdspeak, and name dropping. And it was glorious.

The movie itself was a shit-ton of fun! Longtime fans who’d had a difficult time transitioning from the likes of Bruce Timm and Andrea Romano were pleasantly able to settle into this storyline. The Bat-family was a pleasure to behold, and for the first time, Batwoman was animated and true to her lesbian character. Complete with Batgirl surprise ending! Filled with spontaneously hilarious moments, the audience delighted in the action and poignant moments alike.

Afterward, the director, supervising producer, character designer, and most of the voice actors stuck around to chat about the making of Bad Blood. Tiffany awarded five attendees with Blu-Ray deluxe editions and signed, mounted posters for asking good questions.

Although I was only there overnight, L.A. along Santa Monica Blvd. was a sight to see. Mainly just the palm trees, which makes you think of being on a tropical island. The fashion district seemed to be a bit quiet, but no less traipsed by seemingly rich people on expensive dates for a Monday. The next morning, the bus was only a dollar, with forty minutes to LAX. I arrived back in town just in time for my shift at work.

Sometimes we need little whirlwinds like this. Sometimes it’s good to let your flag fly and forget about your bills for a brief spell. You never know who you’ll meet, or how the experience will change you. Quit worrying already, and just fucking do it. Drop that list of mundane shit and go! No sense in regretting what might have been.

“Sometimes it’s only madness that makes us what we are.”~Batman