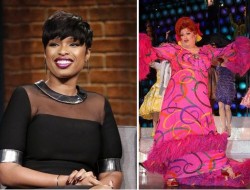 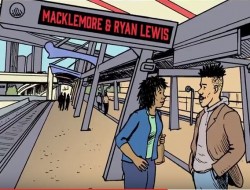 Tickets for this show go on sale at Noon on Wednesday, April 27th…go HERE to snag some. The concert is the week after Seattle PrideFest, so you’ll have a week to recover.

San Francisco is also getting some Cumming’s Love…the actor/singer will be in The Foggy City on Thursday, June 30th. Go THERE to grab those tickets for his show at The Castro Theatre!

Here’s more info about the show and the album:

ALAN CUMMING is an actor and activist beyond eclectic and according to The New York Times “a bawdy countercultural sprite”; Time Magazine named him one of the most fun people in show business; He plays political maverick Eli Gold on CBS’s “The Good Wife,” for which he received Golden Globe, Emmy, SAG and Satellite Award nominations and earlier this year finished his Tony Award-winning role of the Emcee in the Broadway musical Cabaret. Alan’s diverse career has found him performing at venues around the globe including the Sydney Opera House; making back to back films with Stanley Kubrick and The Spice Girls; directing and starring in a musical condom commercial; creating voices of a Smurf, a goat and Hitler; entering upside down and suspended by his ankles in a Greek tragedy (in the National Theatre of Scotland’s The Bacchae); and recording an award-winning album of songs (plus a dance remix).  Alan is also Host of PBS’s “Masterpiece Mystery” and appears opposite Lisa Kudrow in Showtime’s “Web Therapy.” Alan has written for The New York Times, Newsweek, Harper’s Bazaar, Out, has a bi-monthly column for Globe and Mail, and two books; Tommy’s Tale and his New York Times bestselling memoir, Not My Father’s Son.  A tireless champion for LGBT civil rights and HIV/AIDS, Alan serves on the Board of Broadway Cares/Equity Fights AIDS and works closely with amfAR, The Trevor Project and the Ali Forney Center to name but a few. In 2009, Alan was made an OBE in the Queen’s Honors List and by his homeland, Scotland, for which he was a vocal supporter of the YES for independence campaign, he has been awarded the Great Scot and Icon of Scotland awards, as well as recently having his portrait unveiled at the Scottish National Portrait Gallery as seen on the finale of Portrait Artist of the Year.