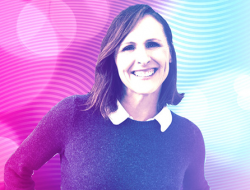 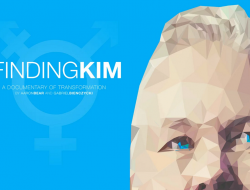 ArtsWest’s Stunning “Death Of A Salesman” Is Must See Theater Drew Highlands and Eleanor Moseley in ArtsWest’s production of Arthur Millers “Death of a Salesman”. Photo by Michael Brunk

Frequently, many theater critics silently moan when they contemplate going to productions they don’t have much interest in seeing. It could be for a number of reasons…not a fan of the theater company, or the venue, or the leading actor, or the subject matter, or you’ve already seen 3 productions of “Romeo & Juliet” in the last two years and you just can’t handle another one. Frankly, there are times when you want “R & J” to just kill themselves in Act 1 and spare everyone all the overwrought hoo ha.

Mid 20th Century “well made” theater drama increasingly finds itself in a position of being disdained as well, especially from drama critics who have sat through too many turgid and boring productions of “Inherit the Wind” or “Picnic”. Theater from that era hasn’t necessarily aged well as dramatic conventions and play writing have changed a lot in the last two decades. Tight, lean plays are now the norm with 90 minute running times and 5 character casts. The School of Williams/Inge/Arthur Miller is out of fashion now…yes, the stories being told can still resonate but the big casts, larger than life drama and wordy running times can be problematic staging hurdles for many theater companies.

That said, I have to be honest and state I really wasn’t very excited about ArtsWest announcing last year that they were producing Arthur Miller’s Pulitzer Prize winning drama Death of a Salesman for their 2015/16 season. It seemed an odd fit with their other announced productions like American Idiot and Violet which certainly skew younger and more keeping with current tastes in theater. Under new artistic director Mathew Wright, the company has been revitalized with new youthful energy after a long slide into bland mediocrity with seasons of shows that verged on being the edge of earnest community theater. Why would Wright program (and subsequently direct) such an old fashioned play? True it does fit in with the theme for the season at ArtsWest…the American Dream. Certainly, “Salesman” is the dramatic ideal when it comes to that theme. But, can it work for 21st century audiences? Can we and should we care about a 3+ hour long play that examines the last 48 hours of a great American “failure” like Willy Loman?

Mathew Wright made a smart choice in picking Miller’s beloved classic. The themes of Death of a Salesman are as relevant today as they were in 1949…maybe more so, in the Age of Donald Trump, Ted Cruz and Fox News. The Loman Family…dad Willy and wife Linda; adult sons Biff and Happy are all Trump’s Children…disadvantaged, delusional, angry, optimistically and fatalistically inclined about the state of their world and their future. Or, lack of one. The Lomans of the world, on both sides of the political spectrum, right and left, are the disenfranchised voices that are crying out in the Election Year of One of Our Saviors, The Donald or The Bernie, for something…someONE to change the status of their lives. We, The 99% Percent, are all Lomans in the 21st Century.

So, yes, this play still does resonate, because of Arthur Miller’s words, but more specifically, this individual production is the reason to experience this Great American Dream Play. Mathew Wright is a young man but he is an experienced and savvy stage director who does a magnificent job of staging this work. “Salesman” is a tough play, existing partly in the failing dream world of Willy Loman’s last days; past and present frequently intersect which isn’t always easy to stage. But, Mr. Wright’s deft placement of actors and attention to all the details onstage unify all the varied layers of time and meaning. It’s a mature and artistically confident job of direction. Eleanor Moseley and David Pichette in Arthur Miller’s “Death of a Salesman”. Photo by Michael Brunk

Most of all, Mr. Wright has assembled a superb cast. The play obviously centers on the Lowmans themselves and the other characters are seldom discussed in theater reviews, but having the RIGHT actors in even the smallest of roles is just as crucial as having the correct actor playing Willy. This is a very strong ensemble and Allen Armstrong, Tee Dennard, Kevin Kelly, Jason Sanford, Emily Jo Testa and Dedra D. Woods are all integral to the success of the production.

But, the focus is always on the Lomans in Death of a Salesman and all four actors are very good. Kyle Anton Johnson has the tough job of tackling the least defined Loman, the younger and mostly ignored son, Happy. He does a great job of playing all the facets of poor Hap’s personality, from his sad eagerness to please everyone to his sleazy manner with dealing with the many women he beds. Drew Highlands seems a tad young to play Biff, the “Golden Boy” jock older son who has to deal with both his own failings as a man, but his father’s as well. But, Mr. Highlands is compellingly authentic as well as emotionally riveting as Biff. His performance is powerful and assured.

However, the real stars of this production are the husband and wife duo of Willy and Linda Loman and David Pichette and Eleanor Moseley give gorgeously complex and rich performances as the pair. We’re so used to seeing David Pichette playing devilishly delightful supporting roles in his many appearances at the 5th Avenue Theatre that it’s a bit of a shock to see him here so centered and powerful in one of the great dramatic roles in the American Theater. There are so many contradictions within the character of Willy Loman as he ricochets from the heights of optimism to the depths of the darkest despair and Mr. Pichette plays all of these graduations in Willy’s character with this great sense of naturalistic ease. Willy’s emotional breakdown, in lesser hands, can become trite melodrama. Mr. Pichette creates a maddening and loving and fully formed human character with this exellent performance.

He’s matched by the work of Ms Moseley who crafts a similarly rich and realistic portrayal of Linda, channeling all of her fierce loyalty and embittered despair. Linda loves her sons but she is fiercely protective and devoted to the care and feeding of her Willy. She’s really the only one who sees the reality behind all their lives…she’s the one who knows that Willy’s pipe dreams are just that. She recognizes the failures of her husband and her sons and she lives with that despair and copes with it every day of her life. Ms Moseley’s beautiful performance of Linda Loman is the emotional heart of this play and of this production.

This really is a production you must see. It’s a superbly executed piece of artistic expression. And, proof that the well crafted old plays of the past are worth experiencing if they’re as beautifully executed as this production by ArtsWest.

Tags: ArtsWest, Death of a Salesman