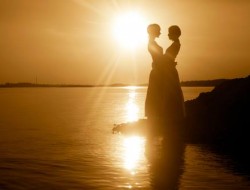 Yearning To Have Children? LGBTQ Family Planning Clinic Can... 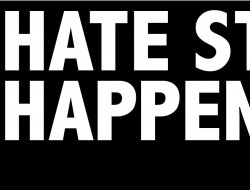 Seattle’s Lambert House has been helping LGBTQ youth for 25 years. They need $500k to keep their home.

Last week, Michael Volz was the victim of a transphobic hate crime as they were savagely beaten for being trans. A GoFundMe was created which raised $37k in a week’s time.

Now, Seattle needs to get behind raising similar funds to help an important Seattle LGBTQ institution. LAMBERT HOUSE is Seattle’s LGBTQ youth center which has provided a safe haven for our city’s queer youth for over 25 years. Their 15th Avenue home base on Capitol Hill is to be sold and Lambert House would like to buy the property from the landlords…which is going to cost $500,000.

There’s an IndieGoGo campaign set up to help Lambert House buy their home. If Seattle can raise $37,000 within  a week, we can certainly raise $500k over the next few weeks to save Lambert House. Go HERE to give what you can…and, here’s more info on the great work done by Lambert House:

Lambert House LGBTQ Youth Center provides a safe and stable environment for lesbian, gay, bisexual, transgender, and questioning (LGBTQ) youth in the Greater Northwest to stay alive, explore their identities, and build social connections with their peers. Community building at Lambert House is the primary prevention strategy for an entire constellation of risks that disproportionately affects LGBTQ youth. Through repeated positive connections with peers and volunteers, Lambert House educates LGBTQ youth to see themselves as normal, healthy individuals and to respect and take care of themselves and each other.

The 1902 Victorian house we have called home for 25 years is slated to be sold by the landlords. The Lambert House organization is healthy and thriving. However, we need your help to buy our building now so it doesn’t get sold to a developer. Donate right now to secure a permanent home for LGBTQ youth. Share this need with your friends, family, and community and give LGBTQ youth hope, stability and support.

Lambert House’s mission is to create an affirming community where LGBTQ youth have the normal adolescent developmental experiences unavailable to them in other settings. We serve on average 600 youth per year, providing both a physical gathering space and a structured and supportive community of peers and skilled adults invested in youth self-actualization, education, and emotional and psychological growth.

Our 70 volunteers undergo training to understand adolescent development and to support youth wherever they are in that process. We center and validate youths’ experiences, and encourage respectful discourse and open curiosity where no topic is taboo. We address and minimize youths’ exposure to risks including: Depression and suicide; alcohol and drug use; HIV/AIDS; school failure; and lack of familial support potentially leading to homelessness, survival sex, and criminal justice system involvement.