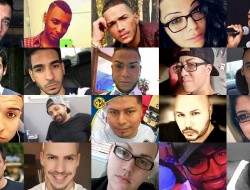 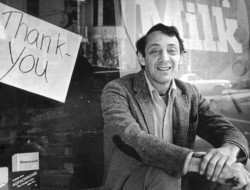 US Navy Shortlists Harvey Milk for Naval Honor…His Own... Seattle has ONE more Pride festival to take care of this weekend, Saturday and Sunday, July 30/31…it’s time for EMERALD CITY BLACK PRIDE, a chance to “foster pride and strengthen the sense of community among LGBTQ people of color with a focus on African-Americans”….but, the entire community is invited to attend.

There are two big events for Emerald City Black Pride 2016. On Saturday, July 30th, the Emerald City Black Pride: Black Light Party, will be held at the Northwest African American Museum, 2300 S Massachusetts Street in the Central District. It will feature music by Sable Ravish Dv (aka DJ Ravish), performances by La Saveona Hunt and food served by Angel City Deli. This is an 18 and up event with a 21+ Beer Garden.  Doors open at 7pm with museum tours and live performances to begin at 9pm. $20 suggested donation with a $5 minimum donation required for entry. Grab tickets HERE.

Here’s the schedule for Saturday’s Party:

9:00pm Introduction of CMCH Staff, Thank You’s and “History of Our Pride” Presentation by Dominique

9 – 12:30pm Dancing with DJ Ravish Performances Spread throughout the Night – La Saveona Hunt (who will be first at around 9:15/9:30pm) – Beyoncé St James – Sheniqua Volt Montrese

On Sunday, the focus is on family with the EMERALD CITY FAMILY REUNION BBQ to be held at Alvin Larkins Park, 3400 E Pike St, from 1 pm to 6 pm. (This park is 6 blocks east of MLK at the corner of 34th Avenue and Pike Street and is borderline CD/Madrona!) Per the FB invite, this gathering will:

bring together all of our elders, children, friends, family and allies to celebrate what pride means to us all and hear from powerful community leaders, like Luzviminda Lulu Carpenter and performances from Regine Dynasty

“ECBP” has been an annual event since 2011 and usually held mid-summer after Seattle’s main Pride events on the last weekend in June. Produced by the Center for MultiCultural Health, ECBP lost valuable civic funding this year so despite help from AHF, Walgreens and the Pride Foundation (with media sponsorship courtesy of…Seattle Gay Scene), they could still use some financial help to put on this weekend’s events. If you have a buck or two or one hundred, please contribute to their GoFundMe campaign to help them defer costs and to help fulfill their mandate:

Please donate and support our goal to:
– Create a safe space that celebrates LGBTQ people of color
– To create and affirm the Black LGBTQ community
– To promote healthy sexual activity among Black LGBTQ and to reduce the incidence of infection in our community.

Again, the entire allied community is welcome to attend!