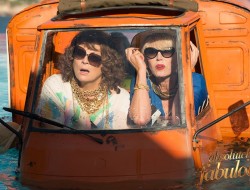 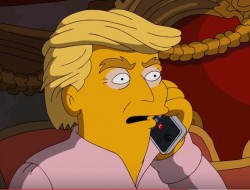 Weekend Theater: A Sweet “Spring” and A Challenging “Judas”

Lean mean theater companies seem to be learning that maybe it’s wiser (and more economical) to do shorter runs of productions. A four week long run used to be the norm but that’s changing. Two local theater companies in Seattle seem to be taking this to heart with shorter runs. Sound Theater Company is in its final weekend of a three week stint for their production of hot playwright Stephen Adly Guirgis’s The Last Days of Judas Iscariot while the very new theater company Basement Theatrics also goes into its second and final weekend of performances for their production of the musical Spring Awakening. Marshall Link as Moritz Stiefel and Ensemble in “Spring Awakening” at 12th Avenue Arts through July 31, 2016.

We’ll start with Spring Awakening, the brash musical adaptation of Frank Wedekind’s 1891 drama of the same name about the angst ridden lives of German teenagers that explores issues of repression, religion, political ideology and most of all, sexuality. Adapted into a hit Broadway musical by Duncan Sheik and Steven Sater in 2006 and winning a slew of awards including Tony Awards and a Grammy for its cast album, the show also made stars out of its lead actors Jonathan Groff, Lea Michele, and John Gallagher, Jr. The shows vibrant folk rock score, innovative mixing of staging and performance styles that emphasize the universality of its themes (confused horny teens are pretty much the same in 2016 as they were in 1891) and its youthful verve have made it a huge hit with regional theater companies the world over. Spring Awakening has already had a splashy Seattle debut in 2012 with Balagan Theatre’s “flamboyant” production that starred Jerick Hoffer, aka Jinkx Monsoon who went on to win the 5th season of the LOGO TV drag competition series, “RuPaul’s Drag Race” the following year. The musical has also been staged by other small area theaters since then.

Basement Theatrics, a new young theater company headed by Moshe Henderson has jumped into the musical theater production arena by staging Spring Awakening at the 12th Avenue Arts complex on Capitol Hill,  which seems to be a good choice for a company full of very young theater makers. This is obviously a show that plays to their strengths…a not too large cast of mostly very young talents and a stylized setting which can be kind to smaller budgets. Wisely sticking to the staging and design of the original Broadway production, this Spring Awakening does manage to put its own mark on the material with some clever staging and choreography choices by director Moshe Henderson and choreographer Elizabeth Posluns.

Technically and design wise, this production does teeter on the bare bones; the light grid is pretty skimpy and the mic system they chose seemed to be the bare bones package which gave them some issues on opening night (and since corrected, I’m told).  Fortunately lighting designer Shannon Miller was able to work wonders with what she had, and the show is handsomely lighted.

Performance wise, the kids are mostly alright with standouts being charismatic leading man Michael Krenning as Melchior, the serious student who gets derailed by circumstances out of his control, and Tyler Rogers as the naughty, gay pragmatist Hanschen who learns how to play the system. It’s a handsome cast with some strong voices, though it should be noted the men do seem a bit more polished and better cast than the women. Both Ellen Dessler and Marcus Wolland offer up a variety of strong performances playing all the Adult male and female characters though a couple of their characterizations do get a wee bit too comic book “Cherman villain”. (It’s an English language adaptation/translation of a German play with all German characters. Either all the characters should have German accents or none of them. It makes no sense to have a couple characters sound like they wandered out of a Mel Brooks movie…)

Basement Theatrics has done a fine job, on a tiny budget, with this Spring Awakening. It’s recommended for fans of the material and those who support youth theater and young theater companies. Sheik and Sater’s delightful score is well performed and Wedekind’s powerful story still comes through. But, if you’re looking for high end production values and Equity polished casts, then it might not be the choice for you. Down at the Center Theatre at Seattle Center, the older and more established Sound Theatre is staging Seattle’s third major production of a Stephen Adly Guirgis play this year. Guirgis is the highly acclaimed author of The Motherfucker with the Hat (staged by Washington Ensemble Theatre in January), In Arabia We’d All Be Kings (staged by Theater Schmeater in February) and last year’s Pulitzer Prize winning Between Riverside and Crazy (yet to be staged in Seattle but you know someone is planning it).

Sound is staging his 2005 play, The Last Days of Judas Iscariot the oddly allegorical look at THE Judas Iscariot, the disciple of Jesus who betrayed him to the Romans. Presented in the form of a trial staged in Purgatory, this sprawling epic of a play features a 3 hour playing time and a huge cast that includes Sigmund Freud, Mother Theresa and Satan. It showcases the playwright’s audacity and great skill at writing compelling dialogue and offers actors amazing characters and moments to play onstage as it puts Judas Iscariot center stage (but usually comatose) on trial for his….soul.

It’s also my least favorite of the four plays by Guirgis that I’ve seen productions of…the two mentioned above (“Motherfucker” and “Arabia” and his Jesus Hopped The A Train which was superbly produced by Azeotrope in 2012. (And, I need to emphasize I’m referring to the play itself, and not this production.) While I admire his superb dialogue skills and the cleverness of some of the plotting and situations, I also think this is Mr. Guirgis at his most heavy handed and awkward. Using a trial in Purgatory as his basic format and structure for this play is…a bit sophomoric. It just feels like the work of a beginning playwright yet “Judas Iscariot” is from 2005 and follows the superior and more mature (in my opinion) Jesus Hopped the A Train and In Arabia We’d All Be Kings. I’d happily see future productions of both of those plays but I’m not particularly keen to ever see another one of “Judas Iscariot”. It’s long winded at times and a bit too clever for its good…it’s like Mr. Guirgis is trying too hard to be “smarter than thou”. (And, this play could use a pruning…some of the testimony scenes in Act II are interminable.)

That stated, I do like this production by Sound Theatre….you can like and enjoy theater productions of plays you’re not fond of. I think Sound’s artistic director, Teresa Thuman has done a terrific job of staging this huge play. Trials are always a bit awkward to stage…the rigid formality and layout of a courtroom makes it tough to be original and create engaging and provocative staging. But, both Ms Thuman and her set designer Bryan Boyd have done a great job of creating an unusual and compelling space to place the actors and the action. Richard Schaefer’s lighting design and the sound work of Dana Amromin are also huge assets as is the fine costume design by Margaret Toomey.

And, this play makes it obvious that Stephen Adly Guirgis is not only a playwright but also an actor who knows how to write great dialogue for other actors to speak. There are terrific lines and scenes in “Judas Iscariot” and about 30 characters played by 16 actors who all individually get stand out moments of their own. Ms Thuman has managed to acquire a brilliant local cast of actors, many of them with experience in other plays by Guirgis. The ensemble includes Erwin Galán who starred in WET’s The Motherfucker with the Hat, here tackling both Saint Matthew and Saint Thomas with great skill, plus Ayo Tushinde as the trash talking Mary Magdalene who also appeared so memorably in the Schmee’s In Arabia We’d All Be Kings earlier this year. And, this production’s naughty Devil is played by Ray Tagavilla who was equally as naughty (well,  more of a mean bastard actually) in Azeotrope’s Jesus Hopped The A Train. This cast also includes strong performances from Keith Dahlgren who does double duty as the southern fried Judge and as a witness, Caiaphas the Elder plus a wry Eloisa Cardona as Mother Theresa; Jesse Smith as a serenely forgiving Jesus and Caitlin Frances as the fierce defense attorney Fabiana Cunningham.

Jose Abaoag is compelling and charismatic as Judas Iscariot but the playwright has the character in a comatose state for most of the play…it seems a waste of both the character and the actor who so superbly plays the role, that the character is so oddly sidelined. Still, one of the best moments in the play is Judas and Satan having drinks together in a bar. Both Mr. Abaoag and Mr. Tagavilla are on point in this well acted and directed scene.

My personal favorite in the cast: Shermona Mitchell who steals her scenes as the “Downtown” version of Sister Monica. It’s a hilariously profane performance (she also pairs up superbly with Ms Tushinde’s equally delightful and ribald take on Mary Magdalene) and you almost wish the entire show was about them.

Nutshell: Really like the performances and individuals moments in The Last Days of Judas Iscariot but it’s a long, rambling and frequently bumpy road to Damascus at times. For me, it’s one of those plays where you do want a remote control…to replay the good stuff and fast forward through the less good stuff. But, for lovers of great acting and strong productions, it’s worth it.