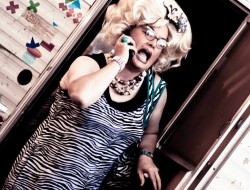 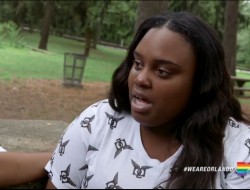 Mariners Get Phobic With Local Lesbian Couple…And, Apologize But Does That Get Them Off The Hook?

There’s been a brouhaha this week concerning our own MLB team, the Seattle Mariners and the Seattle LGBTQ community…and, it couldn’t have come at a worse time as the Mariners get set to host their FIRST (shockingly) Pride Night on August 19th in partnership with the Greater Seattle Business Association (the GSBA). Last Friday, August 5, 2016, area couple Giuliana Garcia and Calista Nabors attended a Mariners’ home game against the Anaheim Angels at Safeco Field. During the 7th inning stretch, the couple met with friends on the concourse when an usher approached them and warned them there had been complaints made about the couple’s affectionate behavior with each other which was a violation against Safeco Field’s Code of Conduct which bans “displays of affection not appropriate in a public, family setting.”

The couple was outraged at the charge. Garcia told Outsports website, “We would never make out in public. We would never do that in public. It was just a quick kiss.” The couple visited guest services to complain about their treatment and the false accusation and they received an apology from staff that evening as well as a follow up apology from Amy Swisher, senior manager of guest experience the following Monday.

When asked about Swisher contacting the lesbian couple and apologizing, Hale dismissed the outreach as protocol.

“We always try to reach out to people who filed a complaint,” she told Outsports.

Outraged by Hale’s remarks, Garcia and Nabors are now angry and confused as to where they stand with the Mariners and wonder why the Mariners apparently have communication problems when dealing with these kinds of issues. Local media picked up the story and the GSBA received numerous messages of concern as to why the GSBA is supporting an organization that appears to have issues with same sex couples and any displays of affection between same sex couples at Mariner games. Similar charges were thrown at the Mariners back in 2008 when another lesbian couple faced a similar ordeal with charges they were “making out” in public and the couple protesting it was “a hug and a peck on the lips”.

The public outcry has both the GSBA and the Mariners on the defensive. Giuliana Garcia and Calista Nabors are fighting back against the Seattle Mariners and charges they were “inappropriately displaying affection” at a game at Safeco Field. Photo via KIRO TV news video and image provided by couple.

Dear GSBA members and friends,
We have been in close touch with the Mariners for the past few days to discuss the recent incident at Safeco Field at which a lesbian couple was chastised for their affectionate behavior. After many discussions, I do believe the Mariners recognize that the situation was not handled well and that a number of steps need to be taken to address, learn from, and commit to working on anti-bias training of their staff. In addition, the Mariners have clearly expressed a commitment to promoting equality, diversity, and inclusion throughout the ball club.
We are pleased to share the statement (below) that the Mariners just sent to GSBA and will be posting more widely. I applaud the Mariners for recognizing their shortcoming in handling this situation and using it as an opportunity to make positive changes within their organization. I encourage us to attend the Pride game on Friday, August 19, so that together, we will all be able to celebrate our LGBTQ and allied students.
For equality,
Louise Chernin
GSBA President & CEO

And, the Seattle Mariners are also in damage control mode and released their statement on Friday evening as well:

From the Seattle Mariners
“The entire Seattle Mariners organization wants to assure Seattle’s LGBTQ community that we are proud to be hosting our first official Pride Night at Safeco Field and we are looking forward to what should be a fun night at the ballpark.
However, we know that this event has been overshadowed by an incident last weekend that has caused members of the LGBTQ community to question whether you are welcome at Safeco Field. For that we apologize. We are taking this opportunity to ask ourselves how we could have handled the situation differently; how we can use this to learn, change, grow and do better.
The Mariners organization is proud of our longstanding commitment to inclusion. We value the diversity of our community and our fan base. Our goal is to create an atmosphere at Safeco Field that is respectful and welcoming to all persons regardless of their sexual orientation, gender identity or gender expression.
We are excited about partnering with the Greater Seattle Business Association on what should be a great night at Safeco Field. However, we know that our commitment to fairness and diversity is about more than just one night and we look forward to continuing to deepen our connection to GSBA and our fans in the LGBTQ community.
We are honored that Billy Bean, Major League Baseball’s “Ambassador of Inclusion,” is coming to Seattle to be part of our Pride Night celebration. We hope that you will join us on August 19 for what should be a special night at Safeco Field.”

Meanwhile, many in the community are still annoyed and outraged by the Mariner’s response to this situation.  The natural response is to want to boycott offending organizations but frankly, we think it would be far better for a thousand queer people to show up to their Pride Night next Friday, August 19th and bring someone to make out with…
That, and don’t spend any extra money on their overpriced concessions. Get lit BEFORE the game, stay for awhile, make out, then leave.
Oh, and frankly, Rebecca Hale needs fired. She’s done a SHITTY job of public relations.