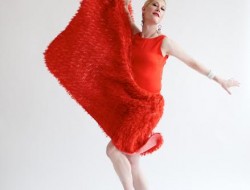 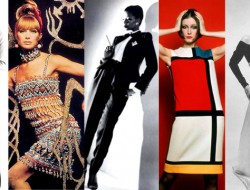 Reviews: “Ghosts” and “On Clover Road” Both Explore Parent/Child Conflicts…Superbly

“What’s Wrong With These Kids Today!!!”

A lot, apparently, if you’re heading out to see local theater in Seattle, specifically at ArtsWest or Seattle Public Theatre. No, neither company is currently producing Bye, Bye Birdie, the adorable 60s musical featuring the song “Kids” that I just quoted from…but both theaters are currently staging works that, like that song, explore conflicts between a parent and their troubled offspring. “Birdie” is a fun frolic but neither show we’re going to look at in this review is very mirthful…just the opposite. We’ll start with the elder of the two plays. It’s the ArtsWest production of Henrik Ibsen’s 1882 play, Ghosts which was his controversial follow-up to his highly esteemed play, A Doll’s House, which made Ibsen an internationally renowned dramatist and established the Norwegian playwright as “the father of realism” and literary Modernism. While A Doll’s House shocked the Victorian proprieties with its frank look at hypocrisy and the rights of women, Ghosts horrified “nice society” by featuring a plot that centered on adultery, religious hypocrisy, incest, euthanasia and venereal disease. It was banned from being produced in much of the world but the power of Ibsen’s drama led Ghosts to become firmly established as one of the pillars in Ibsen’s canon of great works.

Ghosts is a small cast show (only 5 characters) but it packs a lot of plot and backstory onto those characters. It centers on the Widow Alving who is honoring the memory of her dead husband with the construction of an orphanage that will be named in his honor. She’s assisted by Pastor Manders, a long time family friend as well as her own personal crush object, as well as her faithful young servant Regina and Regina’s roguish and conniving father Jacob. The Alving’s “prodigal son” Oswald has also returned to celebrate the dedication of the orphanage but he’s actually returned home to deal with his own worsening health. Gradually, all the back stories begin to be told and we learn that everyone in the play has a secret, or three, to reveal with most of the tales revolving around the dead Captain Alving who was a drunken womanizer who continually shamed his wife and family with his indiscretions. By the end of the play, all five characters have to deal with the consequences of his actions but none more so than Helene Alving who must decide the fate of her only child.

Yes, there’s a lot going on in Ghosts and the more melodramatic aspects of the play had perhaps led to it being less produced in more recent years. But, Ghosts took on a new life when British director Richard Eyre adapted and streamlined the play for a highly praised new version in 2013 and it’s his “freshened” version of Ghosts that ArtsWest is presenting under the direction of its artistic director Mathew Wright.

Mr. Wright seems to be on a creative roll lately with not only his excellent programming of ArtsWest’s past two seasons but individually as well with superb staging of last spring’s terrific production of Arthur Miller’s Death of a Salesman and now with this gripping and powerful production of Ghosts. This is a lean and mean Ghosts, clocking in at about 80 minutes and Mr. Wright does a brilliant job of staging the play in the round with the audience placed around the main playing area which features the parlor of the Alving home, and the windows and suggested walls of the home then surrounding the audience seating areas. Shawn Ketchum Johnson’s sets for ACT’s Daisy amazed us a couple months back and here his design work for Ghosts is also not only emotionally powerful but classic and clean in its execution.

Ibsen wasn’t happy that the English translator used “Ghosts” as the title for the play he titled “Gengangere” which in Scandinavian languages means “ones who return” or “revenants” and Ibsen preferred “The Revenants” as a title. While the play has a ghostly presence with the actions of the deceased Captain Alving continuing to impact the lives of the characters in Ghosts, it’s less of a “spiritual” feeling of ghosts and actually more of a practical sense of physical horror. The mise-en-scène created by Mathew Wright and his excellent team of designers and actors superbly captures that sense of unease…a sense of rot under the polite plushness of late 19th century society. Ghosts isn’t haunted by a spooky spectral figure but by the actions of people both living and dead. All actions have repercussions and reverberations and both the play and this fine production reflect that.

The tight acting ensemble ably interprets those reverberations and all five actors are in fine form with Suzanne Bouchard so powerfully compelling as Helen Alving, the central role of the play. It’s a gripping self-contained performance that gradually reveals itself as the drama unfolds and her story is told. It’s the best performance I’ve seen Ms Bouchard give in a long time and she’s just superbly right for this role.

She’s also very ably backed up by Noah Racey as the conflicted and uptight village clergy man who’s not well equipped to cope with his feelings for Helene or his own weak willed hypocrisy as well as by a very passionate performance from John Coons as the artistic son who has to cope with the “sins of the father” when he realizes he will slowly waste away from the syphilis inherited from the corrupt Captain Alving. Both Mr. Racey and Mr. Coons are best known to Seattle audiences as song and dance men in musical theater productions but both are also at home here with classic drama and give excellently naturalistic and fully realized performances.

In smaller roles, both Paul Shapiro as the cunning old family retainer Jacob Engstrand and Sophie Franzella as a maid who wishes to rise above her confused station in life, are also integral and vital components of this ensemble. There are no weak links in this production and both give excellent performances.

In addition to the superb set design, this production can also boast of evocative design work from Alyssa Milione’s lighting, which is an especially integral part of Ghosts as it deals with the “lack of light” in its plot as well fine costume work from Doris Black and atmospheric music/sound design originally conceived by British sound designer Wills and adapted/engineered for use in this production by Seattle’s Harry Todd Jamieson.

The emotionally fraught power of Ibsen’s play is beautifully realized with Richard Eyre’s adaptation and Mathew Wright’s smartly executed production at ArtsWest. Ghosts is a haunting and vivid piece of classic drama made relevant and compelling by this cast and artistic team. Highly recommended. Meg McLynn, foreground, as Kate and Mike Dooly as Stine, back, in Steven Dietz’s “On Clover Road” on stage at Seattle Public through October 16, 2016. Photo: John Ulman.

There are more parent/child problems over at Seattle Public’s production of Steven Dietz’s On Clover Road, the Seattle area premiere of Dietz’s recent thriller which centers on a frantic mom trying to reconnect with a daughter involved with a cult. It’s yet another 80 minute-sh one act so popular today in contemporary theater and it takes place all in one location: a very seedy abandoned motel room alongside a highway interchange “on Clover Road”.

The first scene quickly sets up the premise as the blunt tough talking Stine informs frantic mom Kate what she needs to do (and not do) after he kidnaps her daughter from the nearby remote property where the cult lives and brings her back to the motel room for de-programming. Kate has her doubts about Stine but she’s desperate while being wary of the man and his methods. Stine does retrieve a girl and brings her back to the room but Kate continues to be suspicious that this girl isn’t her daughter and that Stine might not be who he says he is either. Gradually, there is doubt about ALL the characters in the play and while this play ends with the fates of many of the characters decided, the number of twists involved leaves the audience wondering if this is truly the real story. There’s a faint question mark hovering metaphorically in mid air as the lights fade to their final black out.

That’s all the plot I can safely reveal. On Clover Road is a thriller and “spoilers” would truly spoil any kind of enjoyment of the proceedings and…it IS a production you should seek out and experience…if thrillers are up your dark and scary theatrical alley. On Clover Road is a taut and tartly executed contemporary shocker with enough twists and turns to satisfy the most jaded fan of this genre. Mr. Dietz has created a clever scenario and populated it with intriguing and charismatic characters. Yes, it does teeter into the land of improbability and high “meller drammer” at times. It’s the contemporary version of a “penny dreadful” and an awful lot of unlikely things do happen in a very short period of time but Mr. Dietz is clever to keep the characters grounded and the dialogue snappy and compelling.

It also helps that Kelly Kitchens has kept her direction smartly “snappy and compelling” as well and she guides her actors to believable but passionate performances while orchestrating some very complicated bits of physicality for her actors. This is a tough show to pull off with high emotions but also a need for practical physical thing to have VERY precisely to keep the plot moving and Ms Kitchens and the actors superbly pull it off. (This is a very physical production and there’s also some excellent fight choreography by Peter Dylan O’Conner.)

The cast is headed by Meg McLynn as the determined mom, Kate and she’s just terrific in a role that requires her to project not only Kate’s vulnerability but also Kate’s less appealing qualities as well. It’s a fiery passionate but superbly controlled piece of acting.

She’s matched by Mike Dooly as the complicated de-programmer Stine who has to be both menacing and approachable, a tricky combo to pull off but Mr. Dooly is very good at revealing all the many layers of Stine. It’s a powerful performance.

It’s harder to talk about the other characters in the play because…SPOILERS!!!! But, there’s fine work from Chesa Greene as the credited character called “The Girl” who also has a lot of dimensions to reveal throughout the course of the play, as well as an interesting menacing performance from Brian David Simmons as “Harris”.

Christopher Mumaw’s disgusting rundown motel set is appropriately and authentically disgusting…for all the right reasons and both Evan Mosher’s creepy sound design and Andrew D. Smith’s equally creepy lighting are major assets for this production. (A rare shout out for a Props Designer here because props are very important in a show like this and Kelsey Rogers has done a terrific job of sourcing/creating them.)

For thriller fans, the tautly executed On Clover Road is highly recommended. It’s expertly directed, acted, designed and produced. It’s worth a trip to Green Lake’s Bathhouse Theatre to check it out.