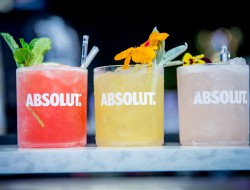 GSBA and Absolut Team Up For Ultimate Cocktail Battle…Plus,... 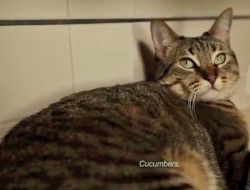 Get your Full Festival or Party Pass today and #queeritup with us from October 13-23: http://bit.ly/twistfilmfestpasses.

As is the case with any smart film festival but especially with an LGBTQ film festival, they’ve varied their major galas/centerpieces with a variety of films appealing to the different factions of our community. Documentaries, feature narrative film and animation with themes and viewpoints welcoming to not only gay men, lesbian women, trans people and allies but the community as a whole. TORREY PINES is not only animated but it’s based on the true story of trans filmmaker Clyde Petersen’s life as a child.

Meanwhile, the three announced centerpieces offer different views for different audiences:  Pushing Dead is a dark comedy with an HIV poz male character at its center…Out Run is a documentary examining life in the Philippines and the creation of the first LGBTQ political party...Women Who Kill is a comedy/romance/thriller centered on lesbian relationships. But, all three films can be embraced and enjoyed by all members of our community and allies.

More on the 3 films: “AIDS” and “comedy” are seldom two words one expects to belong together. But San Francisco–based director Tom Brown and his dedicated cast and crew have pulled it off with PUSHING DEAD, a quirky look at disjointed lives and the daily struggle for survival we all go through.

Dan Schauble (James Roday, Psych), an HIV-positive writer, struggles to get access to his medication because of a ludicrous roadblock in the pharmacy system that would enrage even the most patient person. Equally frustrating is the rejection Dan’s status elicits in the dating world. His roommate Paula (Emmy nominee Robin Weigert, Deadwood) is experiencing an absence of intimacy herself, and so develops a strange connection with a stuffed monkey. Dan’s boss Bob (award-winning LETHAL WEAPON icon Danny Glover) is having unrelenting quarrels with his wife Dot (Khandi Alexander, Tremé). Dan’s increasingly surreal fight against the pharmacy’s red tape leaves him with no other option but to keep at it, while admirably remaining a support system for the people he loves. More than just an everyday comedy, PUSHING DEAD is a relatable drama about keeping it together and finding moments of magic wherever you can. The steady advancement of LGBT rights in Western Europe and North America has faded from the front-page news, but it’s a different story in countries such as the Philippines, which has historically acknowledged the existence of homosexuality and gender variance, but where traditional and religious resistance impedes widespread acceptance of LGBT people.

OUT RUN documents the historic emergence of Ladlad (“Out of the Closet”), the first and only LGBT political party in the world, led by Bemz Benedito, who dreams of being the first transgender woman in the Philippine Congress. Taking their scrappy equality campaign to small-town hair salons and regional beauty pageants, Benedito and her eclectic group of volunteer activists rally the working class against their primary political opponent—a homophobic evangelical preacher—in an appeal to be taken seriously by the Filipino electorate.

Challenged by the country’s strong Christian ties and the lack of unity within the LGBT community itself, Ladlad struggles to give its potential representatives a chance to bring an LGBT voice to congress. By closely following this monumental effort and by revealing the personal risks and political compromises that go with fighting from the heart for dignity and equality, Emmy-nominated documentarians S. Leo Chiang and Johnny Symons deftly capture the emotional triumphs and heartbreaking setbacks leading up to a decisive election day. Navigating a new relationship isn’t always about romance. Sometimes it can be a total mystery—or even murder. In this whip-smart, jet-black romantic-comedy thriller, commitment-phobic Morgan and her ex-girlfriend Jean still show all the signs of being a couple. As co-dependent co-hosts of a popular podcast on female serial killers, they practically live together. But everything changes when Morgan falls perilously hard for the mysterious Simone, who may have a murderous past of her own. When Jean goes out of her way to investigate, her sleuthing causes a rift with Morgan and raises curious red flags about Simone—and neither side is safe from Morgan’s quietly biting commentary. As the laughs and suspicions mount, Morgan must examine all the evidence in front of her about Simone (and herself) and come to a final verdict: Is she just afraid of what it means to be in a relationship, or is her life actually in danger?

Written and directed by star and festival favorite Ingrid Jungermann (co-creator of the acclaimed lesbian web series The Slope and F to 7th), with turns by co-stars Annette O’Toole (Smallville) and Deborah Rush (Strangers With Candy, Orange Is the New Black), this edgy and hilariously haunting film hits the nerves we’ve all felt tingle when push comes to shove in love. Winner of the Best Screenplay Award at both the 2016 Tribeca Film Festival and Outfest.

Next week, look for more announcements including the Closing Night Film. And, coming soon, news on guests and special TWIST events!