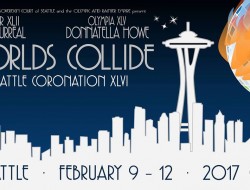 Empress DonnaTella’s Reign of Terror Is Over As ISCORE... 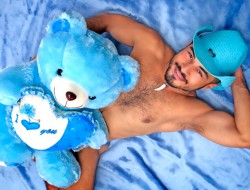 It’s Official: The Next Peaches Christ Show At The Egyptian Is “Legally Black” w/Bob The Drag Queen Peaches Christ let the cat out of the bag at her LAST live drag parody show at the Egyptian in January…her next production was to be her dragtastic version of the popular Reese Witherspoon comedy, “Legally Blonde” but starring “RuPaul’s Drag Race Season 8” winner Bob the Drag Queen and renamed LEGALLY BLACK.

Since then, Peaches has firmed up those plans and “Legally Black” will debut in her homebase venue at The Castro Theatre in San Francisco on Saturday, March 18th (SFO readers, snatch THOSE tickets, HERE!) before heading to Seattle’s Egyptian Theatre on April 6 and then Portland on April 8th. Once again, there will be two big shows to choose from and you can snag those tickets (for Seattle) HERE!

Seattle, WA February 10, 2016 – The next show in Qurb Media Group’s series of Peaches Christ productions coming to Seattle is a parody of the hit 2001 comedy “LEGALLY BLONDE” starring Reese Witherspoon as ditzy sorority girl “Elle Woods” who stole our hearts quicker than you can say “bend and snap.” Peaches will be joined onstage by RuPaul’s Drag Race Season 8 winner BOB THE DRAG QUEEN and a supporting cast of talented Seattle performers.

The hilarious SHE-nanigans will commence at the SIFF Egyptian Theatre on Thursday, April 6th, with TWO performances at 7pm & 9:30pm. VIP Meet & Greet tickets available for both shows include complimentary champagne, a goody bag, and a special meet & greet photo opportunity with Bob the Drag Queen and Peaches Christ.

Audience members are encouraged to don their best campus couture, and be sure to get a few drinks at the SIFF campus bar!

*Advance ticket sales available while supplies last or until 12pm, Thursday April 6, 2017.  All sales are final. Absolutely no refunds. Open seating within each section. No assigned seating. For large groups or special occasions please contact Qurb Magazine at hello@qurbmagazine.com

Qurb Media Group is a Seattle based, queer owned, media production company.  Qurb Media Group produces live, digital, and print media for Seattle’s queer and allied communities and beyond.  Qurb Magazine, Seattle’s Queer Urban Lifestyle Magazine, launching online and in print Spring 2017, is set to feature exclusive content tailored to the northwest queer community and beyond with regularly updated online content as well as a freely distributed monthly print publication soon to be available at over 200 locations around the greater Seattle area. For more information email:  hello@qurbmagazine.com

PEACHES CHRIST is the alter-ego of writer / director Joshua Grannell. Joshua attended film school at Penn State, where he originated the character of Peaches Christ while creating his Audience Award-winning senior thesis film Jizzmopper: A Love Story. After graduation, Joshua moved to San Francisco. Spending his days managing Landmark Theatres’ movie houses in the Bay Area, and his nights immersed in the alternative drag world of Trannyshack, Joshua soon blended the two into Midnight Mass: a summer series of classic and contemporary cult cinema that ran for 12 years at Landmark’s Bridge Theatre and became the most successful midnight movie series in the nation, with notoriety coming from Joshua’s infamous pre-show extravaganzas.