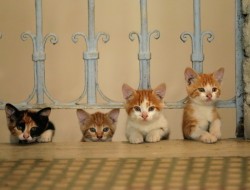 The fact it’s International Women’s Day today reminded me that I needed to promote Seattle Women’s Chorus and their upcoming spring concert, A WOMAN’S WORLD which is happening NEXT weekend, March 17th through the 19th at Cornish Playhouse (aka the old Intiman Theater) at Seattle Center.

EVERYTHING you need to know:

Four Seattle Performances at Cornish Playhouse March 17 – 19, 2017
SEATTLE, WA – March is Women’s History Month and on March 17-19, 2017 Seattle Women’s Chorus (SWC) goes global in A Woman’s World. Around the world, women are the unsung heroes of ingenuity, creativity, and social justice. New Artistic Director Paul Caldwell introduces Seattle to uplifting stories of trailblazing women who have shattered glass ceilings and transformed our world. This empowering multimedia concert features pieces about Muslim refugees, orphans in Rwanda and women protesting in Liberia.  There are familiar pieces by Judy Collins, Barbra Streisand and the Eurythmics, as well as the premiere of a song suite by Eric Lane Barnes dramatizing the accomplishments of women like Susan B. Anthony, the notorious Ruth Bader Ginsburg, Billie Jean King, and NASA’s Katherine Johnson.  Together the women celebrate the inspiring champions of the past and present as we march forward, together, into the future. Tickets to the Seattle performances are $15-$58 and available at SeattleChoruses.org or via the phone at (206) 388-1400. The Seattle area box office is open Monday through Friday, 11AM – 6PM.
SEATTLE – Cornish Playhouse at Seattle Center (201 Mercer Street):
Friday March 17, 8:00pm
Saturday, March 18, 2:00pm
Saturday, March 18, 8:00pm
Sunday, March 19, 2:00pm
About Paul Caldwell
Prior to moving to Seattle,Paul served as the artistic director for Windy City Performing Arts in Chicago. As such, he provided renewed leadership and vision for both the Windy City Gay Chorus and Windy City Treble Quire. He also served as artistic director for the Youth Choral Theater of Chicago, a community-based after-school program enrolling 200 young people in Chicago’s northern suburbs. Paul’s work with youth garnered national recognition, receiving the Chorus America/ASCAP Award for Adventurous Programming.
Paul composes and arranges music collaboratively with Sean Ivory. Their choral works have been telecast on PBS and A&E and performed at Lincoln Center, the Kennedy Center, and throughout Europe, Asia and Africa. Legendary guitarist Steve Vai recently collaborated with Caldwell and Ivory to create a choral-rock fusion song, “Book of the Seven Seals.” Paul made his Carnegie Hall conducting debut in 2014, leading concerts comprised entirely of music he composed. He has also been artistic director for the ¡Canta! Costa Rica festival in San Jose. Paul served two terms on the board of directors of Chorus America and his efforts on behalf of the choral field were honored in 2008, when he received the Michael J. Korn Founders Award for Philanthropic Contribution to the Arts.
About Seattle Men’s Chorus/Seattle Women’s Chorus
The internationally renowned Seattle Men’s Chorus (founded 1979) and Seattle Women’s Chorus (founded 2002) comprise the largest community choral organization in North America. Both choruses stand out as the largest LGBTQ-identified men’s and women’s choruses in the world. Along with the small ensembles, Captain Smartypants and Sensible Shoes, the choruses comprise one of the Pacific Northwest’s largest, most vibrant and successful music organizations, performing in Seattle’s most prestigious venues for an annual audience of more than 30,000 patrons. Flying House Productions is the not-for-profit organization that governs and manages the Choruses. Collectively there are 650+ singing members along with staff, volunteers, and associate members who support both Choruses. They are a leading voice for the LGBTQ community and offer more than 30 outreach events and main stage concert performances annually.