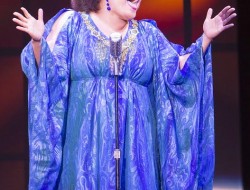 Interview: The Village Theatre’s “Dreamgirls” With ALL The Dreams... 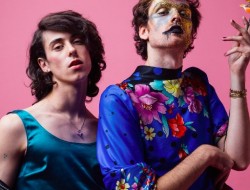 Mo Wave the queer music/arts group who have put together a few awesome festivals over the last few years is also involved in helping curate a stage at the inaugural Upstream Music Festival happening this weekend in Seattle’s historic Pioneer Square neighborhood. Booker and herself a musician, Jodi Ecklund has put together a line-up of artists that include: J GRGRY performs at Upstream Music Festival on May 12, 2017

6:00 PM
J GRGRY: J GRGRY is the culmination of lead singer Joe Gregory’s life long musical ambitions. Echoing with the Linn-drum-and-synthesizer songcraft of ’80s hitmakers like Peter Gabriel and Depeche Mode, their music is spun anew for the iPhone generation, infused equally with dark ambiance and hummable hooks. Featuring current and former members of The Drama, Dolour, Motopony, An Angle, Modest Mouse and more the band is riding high on stellar reviews of their debut EP, GOLD TEETH + GLASS EYES, as well as from breakout performances in Seattle, New York, and Los Angeles and a series of upcoming festival and tour dates.

Gazebos: Gazebos is motorized by the songwriting collaboration between singer Shannon Perry and guitarist TV Coahran, but in a reversal of the familiar cliché, their distinctive talents don’t coalesce into anything as cozy as a singular vision. Rather, they explode into a multiverse of sounds, styles, and sensibilities that make the band’s repertoire into a barrage of musical diversity whose focal point is Perry’s dazzlingly inventive verbal and melodic high-wire act—were she to fall, she’d land somewhere between Nina Hagen, David Byrne, and, hell, I don’t know, Rihanna? -Sean Nelson

The venue where this stage is located is in the Galvanize Building at 111 South Jackson Street. You do need to buy a day pass to attend. Go HERE to snag one. A day pass for today (Friday, May 12, 2017 is $65 but does give you access to many artists on stages all over the festival. Gazebo perform at Upstream Music Festival on May 12, 2017