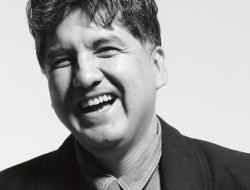 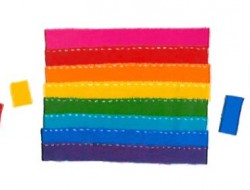 The “Equality March for Unity & Pride” is happening Sunday, June 11, 2017 in Washington D.C. with sister marches happening around the world including Seattle, Bremerton and Olympia Washington. The call for the march went out right after the Trump Inauguration and the highly successful “Women’s March” in January that featured millions and millions of people participating to protest issues regarding the 2016 U.S. presidential election and subsequent actions committed by Congress and the new administration that are detrimental to the issues of women.

The June 11 Equality March seeks to duplicate the success of the Women’s March with hopes that millions of LGBTQ people and their allies will peacefully march “for unity & pride” at a time where equal rights for LGBTQ citizens are being threatened by the actions of the current ruling regime in Washington D.C. Many of these actions are also detrimental to citizens from around the world as the Trump Administration seeks to deny refugees from entering the U.S. including LGBTQ people whose lives are threatened in some countries by religious extremists.

The “Equality March for Unity & Pride” is a grassroots movement which will mobilize the diverse LGBTQ+ communities to peacefully and clearly address concerns about the current political landscapes and how it is contributing to the persecution and discrimination of LGBTQ+ individuals.

Progress has been made over the past decade in the ongoing fight for LGBTQ+ inclusion, access, and justice, but there’s still so much more to be done – especially since the progress we’ve achieved is currently being threatened by increased hostile rhetoric, discriminatory policies, and violence perpetrated against the most vulnerable in our communities.

We will use the Equality March, and sister events across the country, to give voice to our concerns, and to support, uplift, and bring attention to those in our communities who are targeted due to immigration status, ethnicity, religion, skin color, gender, and disability. We affirm and celebrate that we are a mix of diverse communities.  Lack of unity has caused many of our needs to be neglected or ignored. But now, for 2017 and beyond, we are working to learn from our prior mistakes and come together through common belief in inalienable human rights and dignity for all.

And, in an annoying tradition of non-cooperation and bickering opponents, Seattle actually has two marches being planned for Sunday, June 11th. There is Charlette LeFevre/Capitol Hill Pride’s EQUALITY MARCH SEATTLE event which announced first, back in January right after the national march was announced, and a competing solidarity march, SEATTLE PRIDE MARCH created by Egan Orion from Seattle PrideFest who put on the annual festival at Seattle Center. Both have a start time of 11 am and both marches start on Capitol Hill…LeFevre’s march will gather on Pike Street between Broadway and 12th Ave then march down 12th Avenue to Aloha and then to Broadway to finish up at this year’s Capitol Hill Pride Festival staging area. LeFevre moved her annual Broadway event from its customary Pride Saturday spot on the last weekend of June, in order to help facilitate this march/rally.  This route mimics one taken for similar smaller marches like the Dyke March. This march has a dedicated website with a map and schedule.

PrideFest’s Orion got the backing of nearly every major LGBTQ organization in Seattle and more cooperation from the City of Seattle. It has higher aims with a congregating point in Capitol Hill’s Cal Anderson Park, one block from the LeFevre staging area and at the exact same time. We’ve reached out to PrideFest about their route plans and been told it’s going to march down Pine to downtown and then along 4th Avenue to Seattle Center, mimicking the route taken by Seattle Pride’s actual Sunday Pride Day parade.

Is this all a bit confusing and unnecessary?

We’re also a tad concerned that we haven’t seen much excitement or even talk about this very important protest on social media or in person. Seattle needs a strong showing of solidarity and a sea of diverse faces on Sunday June 11th with protest signs and banners. We urge you to find other marchers to participate with. If you’re associated with any local organization like Three Dollar Bill Cinema, or Gay City, or Pride Asia then contact them about helping create/coordinate with a marching group. OR, just gather friends together to march.

PrideFest is organizing a sign making party on Friday, June 9th at 12th Avenue Arts from 6pm to 7:30…they are providing art materials! We also urge people to create MORE sign making parties in the next 10 days…the more, the merrier!

Here’s the “statement of purpose” from the PrideFest march:

STATEMENT OF PURPOSE
On June 11, the LGBTQ community and allies around the United States will march in solidarity for the dignity, freedom, equality, and love of all people regardless of gender, orientation, race, ability, religion, immigration status or economic circumstance.

In Seattle, we will march for all people who feel marginalized, under attack, or simply not seen, heard, or known by this administration and our fellow citizens.

In Seattle, WE STAND WITH lesbian, gay, bisexual, and transgender people, with immigrants and refugees, people of color, the homeless, women, people of all faiths and creeds, Native Americans, veterans, and all those advocating and fighting for the freedoms of all people.

In Seattle, WE STAND FOR love, equality, dignity, free speech, freedom of religion, clean water, a living wage, equal pay for equal work, truth, respect, compassion, art, and the belief that we are all created equal and deserve the right to lead healthy, safe, loving lives filled with hope, opportunity and possibility.

In Seattle, WE STAND WITH YOU and WE WANT YOU TO MARCH WITH US.

Please join as we form a coalition of all people, marching together, in love and in community for our shared democracy.