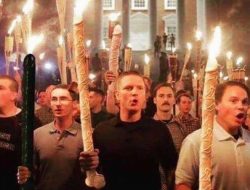 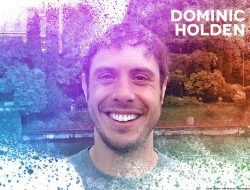 Dan Savage and Dominic Holden Both Make The Advocate’s... Newly released Washington-specific data from the 2015 U.S. Transgender Survey (USTS) shows that 37 percent of transgender Washingtonians have experienced homelessness in their lifetimes and 28 percent live in poverty.

The USTS, a nationwide survey of nearly 28,000 respondents, had 1,667 respondents living in Washington State. According to the recently released report, trans Washingtonians face striking levels of police abuse, as well as mistreatment in schools, the workplace and health care settings. “These results come as no surprise,” said Yani Robinson, Program Manager for Gender Justice League. “These numbers reflect what we hear from trans community members, who often feel profiled and harassed or mistreated by police officers.” The event is hosted by Gender Justice League, a trans justice organization that advocates for trans and gender diverse people throughout Washington State, Ingersoll Gender Center, which has been building community, connecting folks to resources and advocating for our transgender and gender nonconforming communities for over four decades, and Pride Foundation’s TRANSform Washington campaign, which is focused on the lives and experiences of transgender and gender diverse people, with an emphasis on communities of color.

Do you want to be a part of the groundwork for future policy changes in Washington State? Are you committed to housing justice, healthcare justice, and access to education?

Please join Gender Justice League, Pride Foundation and Ingersoll Gender Center, for an evening delving into the results of the Washington State US Trans Survey, and brainstorm next steps. We will learn more about the latest WA State data, and make space with community members, members of local LGBTQ organizations and local officials that are commited to justice for the trans and LGBQ community.

The 2015 US Trans Survey (USTS) is the largest survey examining the experiences of trans people in the United States, with 27,715 respondents nationwide. The USTS was conducted by the NCTE (National Center for Transgender Equality) during the summer of 2015. At the time of this survey, 1667 respondents were WA State residents.

Thanks to NCTE for their research and hard work! This event is FREE.

Accessibility information:
There are three parking spots in the lot adjacent to Southside Commons that are designated for those with disability parking permits. There is also a ramp leading up from the lot to both the first and second floors so those who have difficulties moving should have access to the location. For bathroom accessibility, there is a wheelchair accessible stall, but no grab bar.