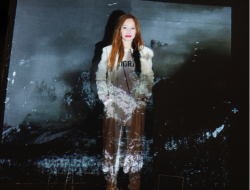 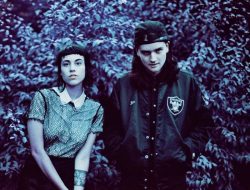 Alfred Hitchcock’s beautiful but problematic ode to obsession, 1958’s VERTIGO is one of the films featured in Seattle Cinerama’s 70mm Film Festival happening now through Sept 6, 2017

Not only do they have beloved older films like David Lean’s Lawrence of Arabia, Stanley Kubrick’s 2001: A Space Odyssey and Alfred Hitchcock’s Vertigo, but they’ve programmed in more recent films like this year’s Wonder Woman and last year’s Interstellar as well. There’s also popular favorites from the 80s and 90s like The Dark Crystal, Aliens and Ghostbusters.

Smart. Grab the oldies with classic old films and the Gen Xers with 80s films and snag the younguns with some more recent stuff. THAT’S how you program a festival!!

I will say this: it can be weird revisiting older films…they play differently as you age and as society changes. I just re-watched Vertigo a few weeks back and while I still admire the beauty of the film making, the actual story of Vertigo is really creepy…it’s basically about two men destroying two different women. It left a bad taste in my mouth despite the lushness of Robert Burks’ gorgeous cinematography and Bernard Herrmann’s evocative score and Saul Bass’s innovative title design and strong performances from Jimmy Stewart, Kim Novak and Barbara Bel Geddes.  It’s a beautiful travel film too as the location filming captures the beauty of San Francisco circa 1958.

But, at the core of its dark heart, Vertigo is about the torture of Kim Novak. The last third of the film is actually difficult to watch now.

Hitchcock was a brilliant but sick bastard.