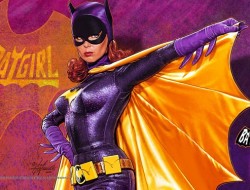 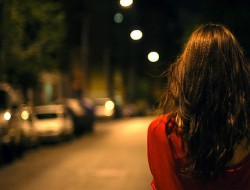 Two Reports Of Violence This Weekend Lead To The...

September 8, 2015 Comments Off on Classic Movies Up The HooHoo ALL Over Seattle Including Altman’s “Nashville” Views: 6124 *The Strangeways Report, Arts & Entertainment, Film Mr. Strangeways is VERY old and not surprisingly, really enjoys old movies. CLASSIC films from Ye Olden Days prior to 1980. (He also thinks more of his Millennial friends should check out movies made before they were born….Mr. Strangeways was born in 1922 yet still knows and likes films prior to his day of nativity….)

In the next couple weeks in Seattle, there are numerous ways to enjoy some brilliant older films on the big screen. And, if you’re currently sassin’ back to your computer screen and saucily exclaiming, “WHY the fudge would I spend $11 to see some dumb old movie I can probably watch for nothin’ on the TV or computer?” and my reply is, “Films are WAAAAAAY different on the large screen, and by different, I mean BETTER!!!!”

Any who, you DO have some fun options coming up including a very rare chance to see one of my favorite films, as well as one of the most seminal films made about being an American, Robert Altman’s truly splendid treatise on the peculiar and very American cult of celebrity, his 1975 film, NASHVILLE. (Not to be confused with the current trashy TV series.) It’s screening at SIFF Cinema at The Uptown next Wednesday, September 16, 2015 at 7 pm and you can grab your tickets HERE. For those of you not in the know, it’s Altman’s look at the country western music scene circa 1975 but the film also explores politics, including the very topical subject of political campaigns by off beat politicians which all leads to a stunning conclusion that manages to combine about a dozen plot lines, 24 characters, some very funny satire as well as some shocking physical violence, and a dozen or so oddball but rather brilliant songs largely written and performed by the actors themselves including Keith Carradine’s Oscar winning “I’m Easy” which he sings to Lily Tomlin’s character in the film in order to get into her panties.

Which works. Despite the unlikeliness of that really happening.

Nashville is a film with a rather large cult following; its shaggy dog charms and its music have won over many fans (while others shudder at the tongue in cheek songs including most of the actual musical establishment in Nashville at the time of the film’s release who largely loathed the film and its many thinly veiled characters obviously based on actual folks like Loretta Lynn, Tammy Wynette, and Charley Pride…) Beloved characters include Tomlin’s “Linnea”, a housewife/gospel singer (her character leads an all-black choir and Tomlin really can’t carry a tune), Karen Black’s bitchy “Connie White” and Ronee Blakley as the central character of “Barbara Jean”, a c/w star teetering on the edge of a nervous breakdown who also wrote and performed the best songs in the film.

If you cherish great American films of the 1970s, you really have to check out this brilliant film.

You have a HUGE selection to choose from over at the Cinerama from right now to September 17th as the beloved cinema screens their annual Fan Film Series featuring beloved films chosen by fans and screened on the Cinerama’s big, gorgeous screen. Dozens of fantastic films are screening in the next 10 days or so, including Taxi Driver, Chinatown, My Neighbor Totoro, Sunset Boulevard, Blue Velvet, Die Hard, Blade Runner, Akira…the list is endlessly delicious.

Again, seeing films on the big screen with big surround sound is waaaaaay different and BETTER than seeing them at home, regardless of the size of your screen or how expensive your sound system is. You’ll see stuff you’ve never seen before, even in films you’ve watched 30 times on your television.