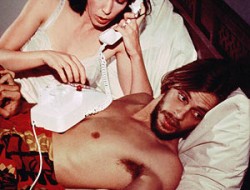 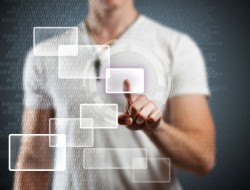 Two Reports Of Violence This Weekend Lead To The Question: Is Sexual Violence On Capitol Hill On The Rise? You’d have to have been living under a rock to not be aware that street violence is on the rise in Seattle’s main gay homohood of Capitol Hill. It’s all over the news and your preferred social media outlets. Muggings in particular are way up as clever hoodlums figure out that many of the visitors to the many night life attractions of Pike and Pine tend to have money and valuables on them, and a tendency to be not thinking clearly at all times. The combo of “affluent & drunk” is a winning ticket to most savvy muggers.

But, in the last few weeks, we keep hearing rumors and tales about sexual violence, both attempted and carried out. While we think some of those stories are just that…tall tales perpetuated by known Drama Queens seeking attention and false sympathy (Really? You’re claiming the SPD doesn’t respond to rape calls? Bullshit) we know some of these tales definitely have merit.

(ADDED at 7:25pm 9/8/15: To clarify. The vast majority of ANY kind of crime allegation are legit. HOWEVER, there are sad people in the world who DO lie or exaggerate about such things as assault and sexual crime. To suggest otherwise, is not truthful. Does that mean we doubt anyone who makes a claim of any kind of assault? Of course not. That’s why we have police departments and courts of law…to find out the truth. Sadly, some people will lie about anything…and, do. To suggest that does not happen, is beyond moronic.)

On Friday, a popular Capitol Hill drag performer was allegedly abducted by three men, robbed and abandoned far from home. Details are somewhat vague, but there’s some indication that they were also sexually interfered with to some degree. We’re not naming any names here, but we know this person and they have a good reputation in the community for being above aboard and drama-free. According to the post we saw, they have contacted the police department and filed a report.

Today, a friend relayed to us a story about one of their acquaintances who went out last night (Monday, September 8) and had drinks at a couple different gay clubs and last remember entering a club late at night but then nothing else until they woke up early this morning in a strange garage on Capitol Hill, blocks from where they last remember being, with little clothing on and obvious signs they had been sexually assaulted. The last we have heard, the victim was seeking medical attention. Obviously, this person was drugged and removed from the club in question by the perpetrators. And, it seems likely there would have had to have been more than one person involved. The victim in question was not a small framed man; it would have been very difficult to remove a nearly unconscious man without the aid of at least two people.

Both of these events are upsetting and unnerving. How do you fight against crime, especially crime of a sexual nature? Many blame the Seattle Police Department but the SPD actually does have more units out on Capitol Hill than in the past. At some point, it becomes unfeasible to have more police on the street; it’s expensive for one thing but also, who wants to live in a police state situation?

Sadly, it does fall to each of us to look out for ourselves and our friends and neighbors. We have to stop walking around alone at night (especially later at night) and in areas known to be problematic. We have to stop multi-tasking while we walk around; NO MORE WALKING WHILE TEXTING/GLUED TO OUR CELL PHONES!!! I’m constantly seeing people walking blindly down dark, creepy streets with their eyes glued to their phones and not paying attention to their surroundings. That’s just begging for a mugging…or, worse. It’s especially troubling when I see “at risk” people doing it. It might sound sexist but it’s not; women and especially smaller framed women are bigger targets. For that matter, the same goes for men….a potential mugger or rapist is far more likely to go after anyone that poses less of an obvious physical threat. Smaller people; older people; people with mobility issues are all at greater risk and need to practice greater caution.

Walk with friends as far as you can. Be aware of surroundings at all times. Stick to main, well trafficked streets as much as you can…even if it takes you a few blocks out of your way. DON’T take those dangerous “short cuts”! Yes, cutting across the park might save 5 minutes off your trip but you just doubled your chance of getting robbed or raped. And, obviously don’t be walking around by yourself if you’re under the influence of anything! If you’ve had few too many drinks or if you’re high as fuck, either walk with more sober folks or take public transit to get home.

If you drove to go enjoy night life and you’re still sober, OFFER RIDES TO FRIENDS! Is it really gonna ruin your night to run a couple people home in your car? That doesn’t mean you need to drive people to Issaquah or go hours/miles out of your way but if you’re able to, OFFER!

Carry a whistle or loud noise device. Use it, if needed. If you live in a prone to crime area and HEAR something outside that sounds like a crime happening, call 911 immediately. AND, stick your head out the window and make your presence known! (If it’s safe to do so…if bullets are flying, then DON’T do it!)

If you’re out and in “cruise” mode in a bar, obviously keep an eye on your drink but also have at least one buddy in the bar to watch your back (and vice versa). If you observe a buddy or friend acting oddly with strangers, intervene! Find out who the fuck these people are! WHY is your friend acting fucked up? Look out for odd shit and either intervene or go talk to security in the bar. If the venue’s security/staff seem uninterested in getting involved, call 911! The majority of bars and employees on the Hill are very sensitive and aware of these kinds of things but there can be “bad eggs” out there, too. Don’t NOT say or do something if there’s something fucked up going on…if in doubt, ask questions!

There’s a lot of things we need to do to fight crime. Candlelight marches and kvetching on social media aren’t really that useful. Thinking smart and being a good neighbor and friend are vital to our well-being. Let’s look out for ourselves…and, each other.

15 Responses to Two Reports Of Violence This Weekend Lead To The Question: Is Sexual Violence On Capitol Hill On The Rise?