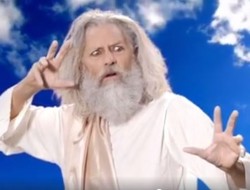 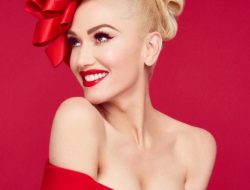 Howl’s Moving Castle, the popular 1986 YA fantasy novel by Diana Wynne Jones was the basis for the equally popular 2004 animated film by Hayao Miyazaki and now it has been adapted as a musical by Seattle’s Book-It Repertory Theatre.

Book/Film/Musical all follow the same rough plot: Smart young hat maker Sophie Hatter is cursed by the vindictive Witch of the Waste and ages dramatically to the point she appears to be well over 80 years old. Sophie embarks on a journey to discover a way to reverse that curse and stumbles across a mysterious castle that magically “walks” as it physically perambulates from place to place powered by a Fire Demon named Calcifer. The castle and Calcifer are controlled by a mysterious young man named Howl, a vain and rather lazy young wizard but one with a good heart. The Moving Castle also features a doorway portal that exits onto four different locales where Howl conducts his business and seeks fair maidens as he tries to avoid being caught up in the political drama in the Kingdom of Ingary where this story takes place. Sophie installs herself into the household and works to not only reverse her curse, but Calcifer’s as well, while trying to deal with her conflicting emotions about Howl. Basically, “Howl’s Moving Castle” in all its forms is a charming romantic, magical fantasy tale that features a strong female character at its core and a rich imagery full of charm and intrigue.

While the film took some liberties with some of the characters and plot of the book, (the film cut back Sophie’s not that interesting sisters and made considerable changes to the ending scenes) this new stage production sets out, like all of Book-It’s adaptations of books, to remain very faithful to the original source material…which, as frequently is the case, is detrimental to the stage production. While Book-It’s dogmatically determined efforts to replicate books almost word for word can be admired, it also has to be noted that what works on the page doesn’t always work so well on the stage (or screen for that matter).

Also to note: the book is 212 pages long and the film is about 2 hours long and the stage adaptation clocks in (with an intermission) at about 3 hours long. It’s very, very, very long. There’s a reason Mr. Miyazaki cut out Sophie’s sisters from the film…they drag down the essential story when staged!

And, to be honest, the songs really aren’t necessary and if I’m being bluntly honest, not particularly memorable. The very talented young performer, playwright and composer Justin Huertas has come up with quite a few songs for this show and while a couple of them have some charm, the majority of them don’t really add anything to the original story…in fact, the songs just slow things up. Mr. Huertas came up with terrific songs for his own original musical, Lizard Boy but he created and wrote that entire show so the songs are built into a plot he created. Here, these songs just feel plunked…they had very little except to the running time of an overly long show.

More sad news: for a story that is based in magic and fantasy there is very little stage craft reflective of magic or illusion in this production. It’s a tad dull to look at with a clunky static set (by Julia Hayes Welch) consisting of some vague stone steps that the actors frequently stumble over and a surprisingly dull lighting design by experienced Seattle lighting designer Andrew D. Smith. Was he not given enough time/budget to do anything interesting or creative with the lighting? Here is a show that kinda/sorta demands some stage sparkle and pizzazz and we get nothing from the design or the rather basic staging from Myra Platt, Book-It’s founding co-artistic director who also pedantically adapted the book for this production.

I understand that time and funds are limited, but if you’re going to do a show based on a well known and beloved FANTASY book featuring magic and illusion it does sort of indicate that you would devote some of your production time to CREATING elements that showcase that magic. And, it doesn’t have to be anything tricky or even expensive…a more imaginative light plot and some creative staging would have done wonders here. Or, if you’re clueless about doing magical stagecraft, then consult a company that does such things regularly…Annex and Washington Ensemble Theatre are both low budgeted companies that frequently stage fantasy genre shows successfully with very little money. Some puppetry or use of miniatures….certainly projections could have all been utilized here. ANYTHING to create a bit of “Wow! How did they do that?” into the proceedings.

“Howl” has a talented and energetic young cast most of whom play multiple roles but…some of the casting doesn’t make much sense. Why is Opal Peachey playing the mom? She looked younger than most of her daughters; Ms Peachey is a terrific performer but she’s a bit wasted here. And, so is Kate Jaeger in dual roles as the nasty Witch of the Waste and the very nicely comedic Mrs. Fairfax…she’s the chief delight here and she’s not given enough to do. Lamar Legend also impressed as the calculating fire demon Calcifer as did John Coons in multiple roles including most humorously, Mrs. Penstemmon, a wise old witch. Katherine Jett also stood out in several of the roles she played especially as the mysterious Lily Angorian. But, the cast as an ensemble is quite good.

Now we come to our two leads (Howl and Sophie). They are both talented young actors but Michael Feldman seemed a bit…too young for his role? Or, maybe it’s just the fact most of this cast is around the same age so he doesn’t get to stand out? Mr. Feldman is a charming and charismatic actor but his portrayal just didn’t quite gel. Howl needs a bit of gravitas and here he just seems like one of the ensemble, another 20something actor in a cast full of them.

Sara Porkalob has no problem with standing out; the rising young star in Seattle TheatreLand is much discussed and praised at the moment (and rightfully so) and she’s certainly not lacking in talent or charisma. But, to be honest, I think this production goofed in the way they handled the role of “Sophie”. There are TWO Sophies in this story; one “real” and young and the other is old and bewitched. The movie, being animation, easily handled the duality of this by casting two superb actors of the appropriate ages (Emily Mortimer and Jean Simmons in the English language translation). Here, it’s just Ms Porkalob and frankly, I don’t think it works.

It’s mainly due to it not feeling magical. It’s just “acting”. The actor stoops and “acts” like a granny and it really doesn’t feel organic. It would have made more sense and added to the mystery by having a younger actor play young Sophie and an older actor play old Sophie and use some stage magic to switch back and forth as needed in the show. There is similar “shadow” acting involving other characters/actors in the show who play different aspects of a character. That same device could have/should have been used here between young and old versions of Sophie. It would be a powerful stage device.

And, nothing against Ms Porkalob…I think she’s great. But, I didn’t really buy her portrayal of Old Sophie. It did feel a bit “muggy” at times. That said, I would look forward to her playing OLD Sophie in 35 years or so…

The overall charm of Diana Wynne Jones’ story is still apparent in Book-It’s overly faithful adaptation of her novel and the young cast has its charms as well, but the lack of magic, the indecisive direction, its overt literalness, its length and songs that don’t really add anything new (or necessary) to the mix make Howl’s Moving Castle: The Musical a bit of a no go for me.

Recommended for uber fans of the source material and the energetically youthful cast.