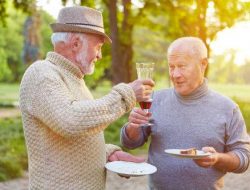 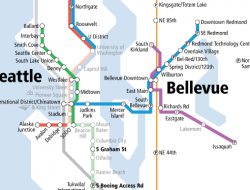 Ya know, the holidays are NICE but aren’t you in the mood for some SPICE?

All these glad tidings just give us…URGES!

AND, WE ALL NEED OUT STOCKINGS STUFFED FOR THE HOLIDAYS!

(OK: if you use rush delivery….or, go digital!)

Presenting Today’s PRESS RELEASE OF THE DAY THAT ENDED UP IN MY SPAM FILE BUT IT’S TOTALLY LEGIT: These books will be of interest to:

Both Sacchi (Massachusetts) and Rob (San Francisco) are available for interview and comment.

PRAISE FOR BEST LESBIAN EROTICA OF THE YEAR, VOLUME 2:

“…[A] sinful joy to read. Whether they are quick or magical, they take you on a ride to enjoyment.” ―San Francisco Book Review

“There is one creative hit after another. Familiar themes arise… but each tale is rendered so skillfully as to make any repetition unique. Highly recommended.” ―Library Journal

PRAISE FOR THE BEST GAY EROTICA OF THE YEAR SERIES:

More about the books and authors

Looking for the steamiest stories of female-on-female passion? You’ve found them! Best Lesbian Erotica of the Year, Volume 2 showcases only the most lustful and orgasmic F/F stories, from one-night stands with two beautiful women, to a group of ladies who yearn to explore each other’s bodies, to intense sexual trysts stemmed from overwhelming love. This collection is guaranteed to have your heart racing and your love-muscles pounding.

Stories and authors include:

Sacchi Green has co-edited the anthologies Rode Hard, Put Away Wet Hard Road, Easy Riding, and Lipstick on Her Collar. Her stories have appeared in an array of erotica publications, including Best Lesbian Erotica, Best Women’s Erotica, The Mammoth Book of Best New Erotica and Best Lesbian Romance. In the world of man-on-man erotica, the best just keeps getting better! Best Gay Erotica of the Year, Volume 3 features the absolute hottest M/M stories around. From stories of dominant men going after the lovers they lust for, to suave men charming their sweethearts into the bedroom, to sweat-inducing masculine quickies, this collection will leave you in a state of orgasmic bliss!