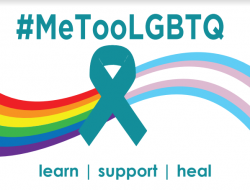 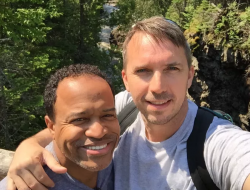 An important message from Ray Duval, “Proud Trans Veteran” and operations manager for the National Center for Transgender Equality, on the importance of today, Saturday, March 31,  the TRANS DAY OF VISIBILITY. In a time when trans people are under attack from our own federal government, it’s more important than ever for me to be visible, because I know there are people out there who can’t be.

Last July, after proudly serving my country, I left active duty. This was just days before President Trump’s tweets banning trans people from serving in the military. Of course, I knew this ban was not good policy because I served for five years as a trained and capable service member and knew lots of other outstanding trans service members as well. And those individuals are now in danger of losing their jobs and livelihood.

Joining the  National Center for Transgender Equality (NCTE) helped me be more visible and speak out. I led a group of out trans veterans and service members to Capitol Hill to tell members of Congress that this ban has no basis in science, medicine, or military readiness. As President Trump continues on the same path—trying to make trans service invisible, and acting recklessly to destabilize our military and create chaos, I need you to support NCTE’s fight for the service members who have signed up to risk their lives for our nation.

Today, on the Trans Day of Visibility, and on every other day, I’m visible to show President Trump what true service to our country looks like. I’m proud to be visible alongside advocates at NCTE and around the country who work to make our nation’s policies fair—the way they’re supposed to be. As President Trump shamefully uses lies and flawed data to support this ban,I hope you will join me in supporting NCTE to tell the truth and fight to support trans service members.

Thank you for your help.