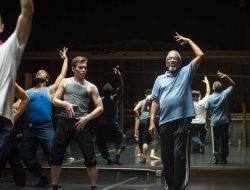 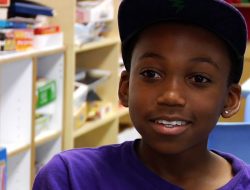 identified writers whose work demonstrates their strong potential for promising careers.The judges for this year’s prize were authors Cat Fitzpatrick and Manuel Muñoz who released these statements about the winners:

“There were two qualities that made a question Real,” Jeanne Thornton writes,”(1) she had to be earnestly concerned with the answer, and (2) she had to feel that she was putting herself at risk by asking the question.” In its commitment not only to relevance but also to discomfort, Thornton’s work is an important contribution to contemporary depictions of transgender sociality. Pushing beyond a focus on representation, she produces beautifully awkward engagements with those dynamics that cut through the “trans community”, and complicate our attempts to instantiate ourselves as coherent, let alone admirable, people. Through her tireless work as a publisher at Instar Books and as an editor, she has produced vital anthologies like Nerve Endings: The New Trans Erotic and We’re Still Here: All-Trans Comics. Her work as a literary citizen is a keystone in the development of both queer community and trans literature.

“This is a story that matters, so listen,” says one of the protagonists in Mecca Jamilah Sullivan’s short-story collection Blue Talk and Love, and it’s the beautiful imperative that provides the foundation for this artist and her steadfast belief in literature’s power to “make the lives of queer people, black people, and women more livable.”  An essential writer of our present moment, she also works as an organizer to call attention the past, asking us to recognize those artists who helped lay the foundation for the bold questions we are asking now. At the same time, in projects like “I Think You’ve Changed the World,” a database of LGBTQ writers created as a site of mutual mentoring, and through her own work as a teacher and mentor, Sullivan demonstrates that she has her eyes on the future, too, and the spaces we create to help inspire the emerging artists in our midst.

The award includes a cash prize of $1000. Thornton and Sullivan will be recognized as winners of the Markowitz Award at the 30th Annual Lambda Literary Awards ceremony on June 4th in New York City.
Tickets to the awards gala can be purchased at Lambda’s website.
Judith A. Markowitz Award for Emerging LGBTQ Writers Winner bios:
Mecca Jamilah Sullivan, Ph.D. is the author of the short story collection, Blue Talk and Love (2015), a finalist for the Lambda Literary Award for Lesbian Fiction and the Edmund White Award for Debut Fiction. Her short stories have appeared in Callaloo, Feminist Studies, Best New Writing, American Fiction, Prairie Schooner, Crab Orchard Review, TriQuarterly, Narrative Northeast, Kweli, All About Skin: Short Fiction by Award-Winning Women Writers of Color and many others. Her critical essays on gender and sexuality in African Diaspora literature have appeared in GLQ: Lesbian and Gay Studies Quarterly, The Scholar and Feminist, American Literary History, American Quarterly, Palimpsest, Public Books, College Literature, Ebony.com, TheRoot.com, Ms. Magazine Online, and The Feminist Wire, where she served from 2011-2017 as Associate Editor for Arts & Culture, supporting and publishing the works of emerging feminist writers. She is currently Assistant Professor of English at Bryn Mawr College, and is completing her first novel. Jeanne Thornton is the author of The Dream of Doctor Bantam and The Black Emerald, both Lambda Literary Award finalists. Her writing has appeared in n+1,WIRED, The Evergreen Review, WSQ, and other places. She is the co-publisher of Instar Books and the creator of the comics The Man Who Hates Fun and Bad Mother. More information is available at http://fictioncircus.com/Jeanne.
About Lambda Literary

Lambda Literary believes Lesbian, Gay, Bisexual, Transgender and Queer literature is fundamental to the preservation of our culture, and that LGBTQ lives are affirmed when our stories are written, published and read. LL’s programs include: the Lambda Literary Awards, the Writers Retreat for Emerging LGBTQ Voices, LGBTQ Writers in Schools, Lambda LitFest LA, and our web magazine the Lambda Literary Review at www.LambdaLiterary.org. For more information, call (323) 643-4281 or e-mail admin@lambdaliterary.org.