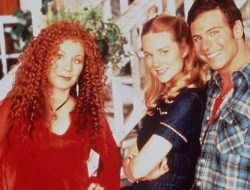 Maupin’s “Tales of the City” Gets The OK For... 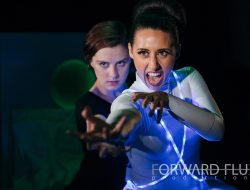 A tragedy in her life resulted in Seattle entertainer making a pledge to help our favorite friends. After Seattle star entertainer Gaysha Starr lost her beloved “Nina” and subsequently found a new pup to love, she vowed to give back to the Seattle Humane Society by staging a big star-studded fundraiser this Sunday, May 6th at Julia’s….that’s ALL-AGES so it’s a rare opportunity for the under 21 crowd to see big drag divas!

On February 26, I lost my little beloved chihuahua pup Nina due to complications to the anesthesia she received during her dental work.

After weeks of mourning, I wanted to put together a special show and in the months of coordinating special entertainers and schedules I also found a new addition to our family from the Seattle Humane, a curious and charming 2 month old chihuahua, Nico.

Join me and some of the best entertainers from the 80s, 90s and NOW as we raise money for the Seattle Humane so they can keep their adoption fees affordable.

For more information please message me at Gaysha@GayshaStarr.com!