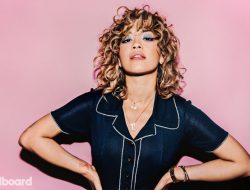 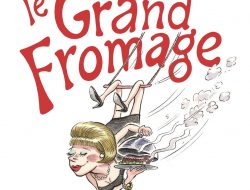 Cheebus…Seattle will be thronging with superstars the entire week of Seattle’s main LGBTQ Pride celebrations, June 18th through the 24th. On one hand, there will be HUGE major A-list stars in town for the ACE Comicon event at WaMu Theater/Century Link nerd fest with Chris Hemsworth, Tom Hiddleston and Tom Holland all in town from June 22 – 24 plus Paul Bettany, Elizabeth Olsen, and Hayley Atwell.

On the gayer side of the fence, there will be another buttload of Gay-List stars in town for various events including 32,987 Drag Race girls at Queer Bar’s 3 day pride street festival plus sundry name talents at other venues like Purr, RPlace, Kremwerk, Wildrose and PrideFest events.

But, the starriest Gay List names are probably at Five Senses Reeling’s huge events happening all week long. They’ve got rising comedy stars FORTUNE FEIMSTER and JESSICA KIRSON on Wednesday, June 20th for STAND UP FOR PRIDE at Q Nightclub with Mama Tits as host.

On Thursday the 21st, they nabbed BIANCA DEL RIO to headline NATIONAL TREASURES, another all star comedy show with LADY BUNNY, SHERRY VINE and JACKIE BEAT on hand as well for an all drag/insult-a-thon comedy show (not for the feint of heart…) at the Egyptian Theater.

Friday and Saturday, (June 22nd and 23rd) you should go enjoy the beauty of THE NEST, the delicious rooftop cocktail lounge on the roof of The Thompson-Seattle, 110 Stewart Street, with its GORGY views of Elliot Bay and fantastic cocktail/appetizer offerings, from 1 pm to midnight for Five Senses Reeling’s PRIDE HAPPY HOUR. Some more skinny on this fun event that’s a bit “snazzier” than your typical Pride offering…wear a cute outfit and be sophisticated in-between your many Pride Weekend functions!

Join us at The Nest, the rooftop bar at the Thompson Seattle, for a Pride Happy Hour!
1pm-Close
Music by HITGIRL! with ABSOLUT drink specials
No Cover
21+

A portion of the ABSOLUT drink proceeds will benefit Seattle PrideFest to help keep it a free festival.

On Saturday, June 23rd, it’s the biggest live Seattle Pride Week event of the season with BTW! at Neumos starring ADORE DELANO with WILLAM and EDDIE DANGER all performing live. DJs Harmony Soleil and Bret Law will be spinning and The Men of Stag from Portland will be go going.

With music by Harmony Soleil and Bret Law!

Get your tickets now at fivesensesreeling.com
GA & VIP Available
21+

There’s nothing wrong with loving who you are. You are beautiful in your way, just love yourself and you’re set. Get on the right track baby, and get your tickets to BTW!

THE MEN OF STAG PDX
http://stagpdx.com/

Check out Five Senses Reeling’s website and FB page for more information and further updates for events here and around the Pacific Northwest including Portland, Boise and Salt Lake City!