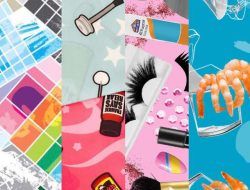 Capitol Hill Art Walk Teams Up With PrideFest For... 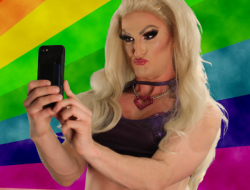 SPOTTED: Verotica and Teriyaki Temple On The Hill Chatting...

Ladyfag Teams Up With Opening Ceremony for “Hanky Code” NYC based writer/performer/”personality”/event producer LADYFAG has teamed up with fashion retailer OPENING CEREMONY for a fun “capsule collection” that pays homage to a dirty little secret of queer culture…the hanky code.
For younger ‘mos not in the know, the hanky code was a clever way for queer men to express their sexual interests and preferences to one another by the use of color coded handkerchiefs in the back pockets of their jeans while they cruised one another at sordid bars and sex clubs. A yellow bandana indicated “water sports” and if you wanted to be the dom in that scenario, you wore your hanky in the left pocket…if you liked being the recipient, you wore the hanky in the right pocket. It was the DIY version of Scruff and a hell of a lot more fun…plus, you got cute colorful hankies to add to your wardrobe!
So, Ladyfag has designed a cute t-shirt for Pride with proceeds going to NYC’s fabulous ALI FORNEY CENTER for LGBTQ youth. And, Opening Ceremony is a sponsor for Ladyfag’s upcoming LADYLAND, a queer arts festival created by Ladyfag happening June 22nd in Brooklyn (info HERE!) with performances from SSION, Kim Petras, King Princess, Aquaria and more. The t-shirts are available online HERE…they’re also selling bandanas but they are only available at Opening Ceremony stores (and Seattle doesn’t have one…)
Read OC’s interview with Ladyfag HERE!