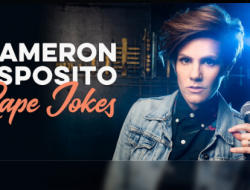 SIFF 2018 Wraps Up With Award Winners and Encores Winners were announced in numerous categories including multiple wins for EIGHTH GRADE (which returns to the Egyptian Theater in July) and the popular Mr. Rogers’ documentary WON’T YOU BE MY NEIGHBOR? which will have an open ended run at SIFF’s Uptown Cinema beginning this Friday, June 15th. Other award winners will be screened over the next 10 days as part of SIFF’s annual BEST OF SIFF series.

AND, here are the films participating in this year’s BEST OF SIFF series screening over the next 10 days.