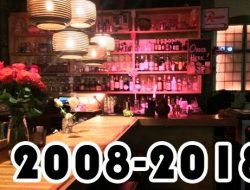 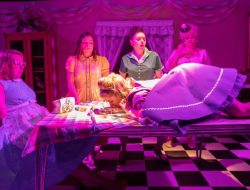 SIFF Pick: Every Act of Life Charts the Life of Master Playwright Terrence McNally (Shows 5/31 & 6/2 ONLY)

New film by Jeff Kaufman takes an intimate look into the life behind McNally’s mastery, through early small-town Texas homophobia; alcoholism; the AIDS epidemic; many celebrity friendships and losses; flops and hits; and shows inspirations behind his approach to writing. You’ll likely know of Terrence McNally even if you think you don’t know of Terrence McNally.  He has penned innumerable hit plays, among them The Ritz, Frankie and Johnny in the Clair de Lune, The Lisbon Traviata, Love! Valour! Compassion!, Master Class, Corpus Christi, and Mothers and Sons; written musicals such as Ragtime and Kiss of the Spider Woman, plus the musical stage adaptations of the movies Anastasia, The Full Monty, and Catch Me If You Can.  He is the winner of four Tony awards, plus three more nominations.  Around town, you may have seen some of his productions at ArtsWest and the 5th Avenue Theatre in recent seasons.

It is easy to imagine playwrights of that caliber living the high life in New York, with all his famous friends — but hearing McNally’s backstory is much more interesting and, in his case, a much different story.  As McNally describes finding himself through playwriting: “Speaking in your own voice, realizing who you are, is a complicated process.”

The funny, snappy, and wonderfully insightful new film by Kaufman takes us through that journey.  It shares McNally’s work, friendships, inspirations, process, struggles (with his family, with relationships and loss, with alcoholism) and more, plus a healthy dose of celebrity gossip.  The film tells them chiefly through interviews with the playwright himself, with his brother, and with some of the many actors and directors who have worked with him over the decades.

McNally’s early life wasn’t a charmed one, but one lived just below the surface: staying out of his father’s reach as he raged around drunk; staying just out of sight from classmates as he and an early fling hid out to have sex; staying just out of sight with his sexuality in an era unaccepting of gay people, including from his parents (“They were the original ‘don’t ask, don’t tell’”) and the rest of his small-town hometown in South Texas.

And yet his early life also fostered plenty of theatrical opportunity.  His dad, brute-sounding though he was, loved musicals like South Pacific and Kiss Me, Kate.  Both of his parents made annual pilgrimages to New York to see shows, and McNally would seize upon their programs when they returned.  He had a supportive teacher early on (whom he would later fly up to New York, first class, to attend an opening); created operas in the garage; and went to Columbia, after which he would quickly become acquainted with top writers.

One of those was John Steinbeck, who McNally worked with as an assistant for a year, very early in his career.  McNally tells of a conversation with Steinbeck: “He said, ‘Let me give you one bit of advice if you want to be a writer …  Don’t write for the theatre. It’ll break your heart.’”

Another was the playwright Edward Albee, with whom McNally had a relationship.  Said McNally: “Edward had a lot invested in not being out.” In contrast, “My first play, I was reviewed as a gay man.”  That would have been around the 1960s, when being in the closet was practically a rule, even in New York, and even as others were gaining sexual freedom.  Rita Moreno (actress, dancer) spoke admiringly of McNally’s courage and sense of self: “Those times were really, really, really difficult and frightening for gay men and women.  People really were mostly in the closet. But Terrence didn’t have any qualms about who he was. That was a rare thing then.”

McNally wrote the book for the musical “The Full Monty”

McNally’s prominence, both as writer and as an out gay man, had a lasting impact on other queer folks coming up.  In addition, McNally used his prominence to create stage roles for gay and queer people early on, allowing them to be shown, and shown well.  McNally inspired seemingly countless numbers who spoke of his meaning to them, including:

Even still, it took him forever to feel accomplished like others saw him, whether through humility or self-doubt or some combination.  Said he, it was in 2014 when he saw the Broadway marquee that read, “Mothers and Sons, a new play by Terrence McNally, starring Tyne Daly,” only then did he finally say, “‘I am a playwright, I’ve done this’…. I always felt like a visitor, and I suddenly felt like a part of the American theatre.  It was a great feeling.”

The film cuts to that year’s AIDS Walk New York, at which McNally was a featured speaker during the play’s run and gave an impassioned speech of remembrance for his two partners lost to the AIDS epidemic, and in honor of the marchers and artists who took to the streets to demand something be done to solve it.  “They made a difference.”

McNally’s is an inspiring story for queer folks and illuminating on the creative process for theatre geeks, captured in Kaufman’s lovely and efficient 90-minute film.  For comedy, celebrity gossip, 20th Century American history (through a White people lens), early queerness, or artistic inspiration — Every Act of Life will take you there.  Recommended. There are two chances to catch it at SIFF:

The groundbreaking life and work of one of America’s most important playwrights, multiple Tony-winner Terrence McNally, is revealed in a personal journey showcasing five decades of iconic theatre productions as well as the artist’s struggles fighting for gay rights and against his own addictions.

“While Every Act of Life is a testament to how vital McNally’s work as a playwright is and continues to be, it does true justice to its subject by showing how his influence goes well beyond words, finding his tribe on Broadway and making it feel like home for others.” Stephen Saito – Movable Fest

If playwright Terrence McNally’s upbringing were itself a play, you might ask for rewrites on the grounds of cliche: repressive ’50s, Texas backwater; Mom drank, Dad hit; writing was an escape and New York City was Mecca. If his parents never really got him (“Here’s a teenager producing operas in our garage,” reminisces McNally’s brother), they did travel annually to see Broadway musicals, bringing back with them the bug that bit their son and eventually turned him into one of our busiest and most important and honored playwrights and librettists. Jeff Kaufman’s documentary follows his career in tandem with his, and America’s, burgeoning gay identity: from premiere to premiere, lover to lover (Edward Albee, for starters), Tony to Tony, and milestone to milestone, including hits like “Love! Valour! Compassion!,” “Master Class,” “Kiss of the Spider Woman,” and “Ragtime.” Talking heads include a theater queen’s dream lineup—Rita Moreno, Angela Lansbury, Nathan Lane—all eloquent on the wit, passion, emotional intensity, and desire for human connection that run through McNally’s work. At 79, he’s still active, with his latest premiere, “Fire and Air,” off-Broadway this past February.

Director Biography
Before his career as a documentary director, scriptwriter, and producer, multitalented Jeff Kaufman wore many other hats. Living in Los Angeles, he has hosted radio shows, drawn cartoons for popular news outlets and wrote and illustrated children’s books.