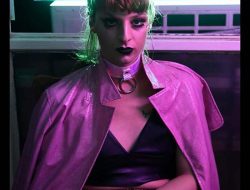 Despite some silly tears that the expected Democratic Blue Wave wasn’t the tsunami that some rather naively hoped for, Democrats did succeed in making huge strides with major wins in yesterday’s 2018 mid term national/state elections with Democrats taking back control of the U.S. House of Representatives as well as making major strides taking governorships and seats in statehouses all over the U.S.

The biggest winners for 2018 were women, POC, and LGBTQ candidates and in some cases, some managed to check all of three of those boxes including the delightful win in Kansas’s 3rd Congressional District with SHARICE DAVIDS, an out Native American woman taking a seat previously held by a Republican. Davids was one of two Native American woman who won congressional seats Tuesday, with Deb Haaland of New Mexico also claiming victory.

Other big wins in the House include Mark Takano (CA-41), Katie Hill (CA-25), Angie Craig (MN-2), Chris Pappas (NH-1), Sean Maloney (NY-18), David Cicilline (RI-1), and Mark Pocan (WI-2). One other race with Gina Ortiz Jones for TX-23 is headed to a recount. Takano, Maloney, Cicilline and Pocan all won re-election to seats they already held. If Ortiz Jones wins her race, the House will have 9 out LGBTQ members, up from 6 in the last Congress.

Wisconsin’s Tammie Baldwin also won re-election to the U.S. Senate. Kyrsten Sinema, the first out bisexual woman to compete in a Senate race, is less than 15,000 votes behind in her bid to snag the Arizona Senate seat.

And, the U.S. now has two LGBTQ governors. Kate Brown, an out bisexual woman won her first full term as Oregon governor; she won in 2016 in a special election. And, Jared Polis became the first out gay man to win a governor’s chair, in Colorado a state that will also send at least 4 LGBTQ politicians to their statehouse. There were major statehouse wins all over the country including popular Pennsylvania rep Brian Sims being reelected as well as his friend Malcolm Kenyatta also winning his first seat and becoming the first out gay African American man elected to the PA legislature.

And, there was also good news with state initiatives including Massachusetts voting to keep Transgender protections in place.

And, in Kentucky’s Rowan County, notorious anti-LGBTQ bigot Kim Davis lost her reelection bid to keep her clerkship job. Davis made international news for denying gay couples marriage licenses, claiming it was unconstitutional for her to go against her religious beliefs giving LGBTQ couples a license.  She was briefly jailed for failing to comply and went on to become a spokesperson for the Religious Right.

Go to the Victory Fund website to see more news on the 2018 Rainbow Wave.