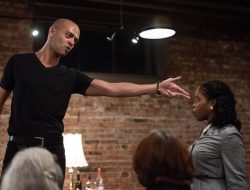 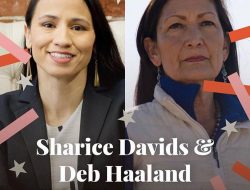 Now our very own Dina Martina has joined the rank of music video icons like Bumble Bee Girl in the Blind Melon video, Ola Ray in “Thriller” and the cow in “Sweet Dreams Are Made of This”. Ms Martina is the star of the new video from former Dinosaur Jr. guitarist J Mascis that is the first single off his new SubPop album to be released this coming Friday, November 9th. It’s the title track from Elastic Days and features Dina lip syncing her little heart out, while wearing different fetching outfits/wig combos.

Check out the video and see J Mascis on tour starting this weekend…more info below but he’ll kick off in Vancouver BC this Wednesday, Nov 7th then head down to Portland on Thursday and back here in Seattle on Friday, the 7th for a gig at The Tractor in Ballard.

J had this to say of the video, “I’ve been a big Dina Martina fan for a long time. I’ve seen her perform many times over the years. I’m glad that I got her to do this video before she becomes an untouchable superstar. I am amazed at how the video came out, I’m so psyched.”

Pre-orders for Elastic Days through megamart.subpop.com and select independent retailers will receive the limited Loser Edition on clear vinyl with purple swirl (while supplies last). There will also be a new t-shirt design available.

J Mascis’ North American tour dates for 2018 in support of Elastic Days begin on November 7th in Vancouver, BC at The Imperial and wrap up on December 15 in Portland, ME at Port City Music Hall. Then in early 2019, he’ll embark on UK tour which kicks off January 16th in Oxford at O2 Academy and ends on January 25th in Glasgow at St. Lukes.